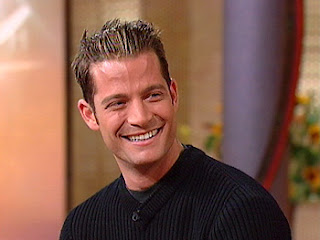 Stations are hoping to strike it rich with “The Nate Berkus Show”.

While the official start of the 2010-11 television season is only a week away, syndicators rolled out their new programs this week per tradition, with several new faces.

One is interior designer Nate Berkus, who hosts his own talk show courtesy of Sony Pictures Television. A lot of observers believe his show will be the next hit, following in the footsteps of Dr. Oz (which is also distributed by Sony.) Both men of course, have made appearances on The Oprah Winfrey Show and whose shows are produced by Harpo Productions. Berkus’ strip is cleared on the NBC O&Os, including WMAQ-TV locally.

Another new high-profile syndicated strip comes from Nancy Grace, whose new Swift Justice also debuted today from CBS Television Distribution. The controversial cable news personality presides over court cases with a few twists that makes it different from your usual courtroom show (for example, there’s no robe or gavel and the word judge isn’t in the title.) The show has cleared most Fox O&Os in early fringe slots, including WFLD-TV locally, which airs it at 2 p.m. (opposite Nate Berkus, no less.)

Meanwhile, Entertainment Studios debuts America’s Court, while Litton is trading in Street Court to give Judge Karen another chance with Judge Karen’s Court (both shows air in the early morning hours on WCIU, fittingly.)

If you want a (somewhat) new game show, you have to wait until next Monday – when a new revamped version of Don’t Forget The Lyrics premieres on WPWR-TV at 2 p.m. Syndicated by Twentieth Television, the show is also airing on My Network TV Tuesday nights at 8 p.m.

Plenty of off-network and cable entries this year, and there are a few high-profile ones with Twentieth’s How I Met Your Mother (6 and 6:30 p.m. on WPWR) and Warner Bros. The New Adventures of Old Christine (9 p.m. on WCIU) leading the pack (the latter’s title sounds like a Saturday morning cartoon from the 1970’s, and apparently written like one.) Also airing on local stations this fall (including WMAQ) is The Real Housewives franchise from NBC Universal Television Distribution, combining all of the editions that has aired on Bravo (New Jersey, New York, Orange Co., etc.)

Beginning Sept. 20, Tyler Perry’s Meet The Browns also enters syndication via Debmar-Mercury. The program is being paired with Perry’s other sitcom, House of Payne in several markets (including WCIU in prime-time here.) But both programs are slated in late, late time periods in many markets, hindering their ability of earning a decent number in off-net.

The weekends see the off-net debuts of Ugly Betty, Criminal Minds, Brothers and Sisters, and Numb3rs.The lone first-run scripted weekly – if you can call it that – is a Canadian import titled Heartland.

In addition to new syndicated strips, existing shows are tweaking their programs to stay fresh: Family Feud has a new host (again); this time it’s former Chicago radio personality Steve Harvey (with a new set and locale); Who Wants To Be A Millionaire has a new format; and Martha Stewart has a new home, with her show moving to the Hallmark Channel to anchor a new daytime block of shows she’s producing.

And the changes aren’t just cosmetic – one off-cable sitcom is getting a new home.  Some of Fox’s My Network TV affiliates acquired the second cycle of South Park, which includes WWOR-TV in New York, KCOP-TV in Los Angeles, and WPWR in Chicago. Here, South Park moves from a 3 a.m. time slot on WCIU.