Disney Plus made the biggest splash of the year

Let’s start with the huge changes in big media, as Disney closed on its purchase of the 20th Century Fox film studio and Viacom reuniting with CBS again with a new name (ViacomCBS) as the race to build scale in the streaming era is off and running. Meanwhile, what Fox didn’t sell to Disney became Fox Corporation including Fox News and Chicago’s WFLD/WPWR.

And speaking of streaming, Disney Plus was successfully launched on November 12, instantly attracting 10 million subscribers in the first shot against mega-streamer Netflix. Meanwhile, NBCUniversal (Peacock) and WarnerMedia (HBOMax) each unveiled their new streaming services set to launch in 2020. Yes, streaming is here to stay.

Another big business deal was the closure of Nexstar’s $4.1 billion acquisition of Chicago-based Tribune Media, ending more than 80 years of local ownership of WGN-TV and WGN-AM. 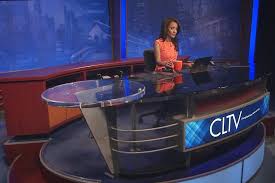 CLTV announced in December they were closing the channel after 27 years. Pictured here is Cortney Hall, who is now at NBC5.

But the biggest media business story is the huge number of retransmission consent battles taking place. Chicago viewers weren’t immune this time, as Fox disputed with Dish and AT&T-owned DirecTV beefing with CBS, knocking the network and their owned-and-operated stations off systems as both satellite providers continue to bleed customers. Meanwhile, several regional sports networks were knocked off by Dish including NBC Sports Chicago, Altitude, and all 21 Fox Sports channels with no end in sight.

Turning to Chicago radio, there was a lot of activity as both WGN-AM and WXRT made major changes to their morning lineups, with Bob Sirott taking over from Steve Cochran at WGN and WXRT seeing Mary Dixon exit after Lin Brehmer shifted to middays, replaced by Richard Miline. Among those joining Cochran on the beach include Drex and the duo of Bill Leff and Wendy Snyder.

Those calling it a career in 2019 were Tom Joyner, Jimmy deCastro, and 103.9 The Fox, who sold their station to the Education Media Foundation and became a Christian music jukebox. Meanwhile, WBEZ CEO Goli Sheikholeslami decided to exit for a similar position at WNYC in New York and former Rep. Joe Walsh and Patti Vasquez decided to dump the mic (in Vasquez’s case, the mic was yanked away from her) to run for political office. Finally, Wisconsin’s Good Karma Brands took over operations of ESPN 1000 (WMVP) from ESPN itself. 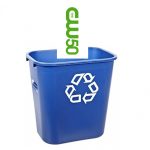 So long, CW 50: The network moved to WCIU in September after three years.

Turning to local television, The CW once again moved their affiliation in the Chicago market as they shifted to Weigel’s WCIU after only three years at low-rated WPWR, who reverted back to its My50 branding. WGN canceled Pat Tomasulo’s Man Of The People after 18 months, a victim of a tough weekend programming landscape. But it wasn’t all bad for local TV: ABC 7’s Windy City Live beat all syndicated talk shows in the Chicago market – even hot newcomers Kelly Clarkson and Tamron Hall, where the Disney-produced show wound up at WCIU at 4 p.m. instead of Disney-owned ABC 7, who decided to keep Live instead.

Chicago’s image took another beating in 2019, as the Jussie Smollett case dragged the city into yet another unflattering national and international spotlight. Smollett was booted from Empire as he was written out of the series’ final two fifth-season episodes as his saga failed to improve ratings. But before Rupert Murdoch could pull the rug out from under the show, Empire producers decided to end the series after this season. Meanwhile, R. Kelly’s own saga also made headlines around the same time, thanks to a Lifetime documentary featuring some of his victims.

In October, President Trump resumed bashing our city after making an appearance at a police chiefs convention at McCormick Place, despite numbers showing the city homicide rate declining – which doesn’t matter to conservatives, who continue to push the tired narrative anyway. History was made when Chicago elected its first African-American female mayor in Lori Lightfoot, but the number of televised debates between her and Toni Preckwinkle were too many and ineffective.

Speaking of declining, linear television continued to do just that in 2019, but there were bright spots – the brightest of them all was James Holzhauer’s record-breaking winnings on Jeopardy!, earning $2.4 million over 32 episodes. Longtime favorites Press Your Luck and Card Sharks were welcomed back, and Lifetime’s Surviving R. Kelly proved the medium can still make a difference as the R&B superstar was arrested on numerous pedophilia charges. And Kelly Clarkson’s new daytime talk show had us talking, thanks to “Kellyoke”, where she sings a cover of a hit song at each show’s start.

Although Survivor failed on all levels on dealing with sexual harassment charges regarding a contestant, it wasn’t all doom and gloom on the diversity front as a businessman became the first African-American to own two TV stations in Indianapolis.

Johnson Publishing was one of the Chicago institutions we bid adieu to in 2019.

In addition to Tribune Media and 20th Century Fox, 2019 also marked the end of other institutions – particularly in black Chicago as the Chicago Defender became digital-only and Johnson Publishing went out of business after 77 years. Coming to an end after 71 years is WGN Sports, who lost the rights to all of its sports teams (Cubs included) while local cable news channel CLTV closed its doors after 27 years, a victim of carriage issues, proliferation of other digital news outlets, and cable cord-cutting.

The Big Bang Theory, Game Of Thrones, and Who Wants To Be A Millionaire all ended their long runs while in memoriam, we said so long to Luke Perry, Don Imus, Chet Coppock, Diahann Carroll, Valerie Harper, Marshall Brodien (Wizzo from The Bozo Show) and former WMAQ-TV and WLS-TV reporter Russ Ewing.

Turning to sports, there wasn’t anything to get excited about as all six Chicago pro sports teams failed to make the playoffs – notably the Bears, whose Super Bowl aspirations were snuffed out quickly. But Loyola’s and DePaul’s college basketball programs and a strong off-season of the White Sox are giving us some hope.

Best/Worst Shows of the year

There is no doubt the best show of the year is HBO’s adaption of Watchmen, which is markedly different from the comic book series of the same name, which dealt with the Cold War. It’s Tulsa’s handling of racial issues is in the spotlight – particularly when it came to the race riots of 1921 – an event many people in later generations didn’t know took place and little information was made available.

Also getting nods include Fox’s Bless The Hearts and Bob’s Burgers, Amazon’s The Marvelous Mrs. Maisel, and Showtime’s Shameless.

On the flipside, CBS’ The Red Line gets the honor as worst show, a filmed-in-Chicago eight-hour mini-series about the aftermath of a racially-motivated shooting as Chicagoans (and the rest of the nation, it turned out) were in no mood to watch after the real-life Jason Van Dyke trial and the Smollett case. Also receiving votes for the worst shows of 2019 are the 90210 revival, The World’s Best, The Masked Singer, and The Punisher, with its cancellation marking the end of the Marvel Netflix Universe and Marvel TV with it.

In the next few days, look for what to expect in 2020, an update on 2019’s predictions, and items that shaped the decade. Happy New Year from T Dog Media!