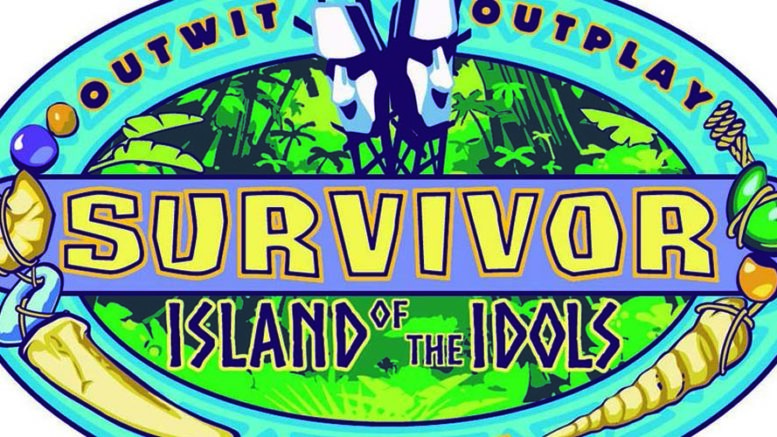 When a contestant named Colton Cumbie exhibited racist behavior on Survivor: One World, this blog called out the show, Hollywood, and the media business in general for failing hard on diversity in a business that’s overwhelmingly white and male.

Nearly eight years later, the people behind Survivor still haven’t learned their lesson about dealing with social issues – and I doubt they ever will as long as the network turns a blind-eye in the quest for ever-so dwindling ratings.

The latest nonsense came nearly two weeks ago after sexual harassment allegations were levied against a contestant. With a lot of unpack here – which would take awhile to explain (I know you don’t want to be here all day), I’ll give you a cliff notes version of what happened: Caucasian contestant and talent manager Dan Spilo was accused of touching female minority contestants Kellie Kim and Missy Byrd, and it was caught on camera.

In the November 13 episode taped last spring – airing with an parental advisory – and documented brilliantly by The AV Club and Andy Dehnart’s Reality Blurred blog, we got a rare “behind-the-curtain” look of what happens during Survivor with producers speaking on-camera to Ms. Kim, who was clearly disturbed about what happened. To make a long story short, Kim was voted out of the game and Spilo stayed as several of the contestants (including Byrd and Olympic swimmer Elizabeth Spiel) decided to put the game ahead of what was clearly was an injustice. In fact, Spilo received only a “warning” from the producers while they went into damage control, meeting with every player individually and as a group.

After an angry online backlash, several contestants who participated in the show issued apologies on social media – notably Aaron Meredith and Byrd for not properly addressing the misconduct and putting the game ahead of anything else. Kim also addressed the situation on social media:

Hi everyone, I'm hurting and very sad watching this last episode too, but please try to be kind and understanding. No one deserves threats or shaming, and we can talk about this in a way that we are all better for it💪🏼 #Survivor #Mentalhealth

Not surprisingly, Survivor host and executive producer Jeff Probst and CBS were ripped for their handling of the issue, with Dehnart calling Probst’s apology “insufficient” as his response was really nothing but the same bullshit he said in the Hollywood Reporter (whose Survivor recapper quit covering the show after this) and Entertainment Weekly, whom he interviews with after every episode. Yes, this is another instance of Survivor missing the boat when it comes to race and gender issues.

Over two years ago, a Survivor contestant outed another as transsexual at tribal council. And in the last edition, African-American contestant Julia Carter detailed the racism she had to encounter on the show via her personal blog – not surprising given she was given the least amount of airtime during this particular season. And on Twitter, she chimed in on what was going on in this edition:

This is very important. As viewers, realize that an edit dictates what we THINK we know about the players’ knowledge. This explains a lot.

Also, I would like to know what production said to Dan because my guess is… a whole lot of nothing #Survivor pic.twitter.com/t3qZvivm6a

What we’re seeing here on Survivor – and on CBS’ other reality hit Big Brother, is the abstract notion CBS feels these issues – racism, sexual harassment, LGBTQ bullying , etc. aren’t important. CBS themselves have had these issues with sexual harassment allegations in the #MeToo era under former CEO Les Moonves and others. Several CBS shows such as Bull and NCIS also had problems with sexual harassment charges with those accused receiving very little, if any repercussions. And earlier this year, African-American exec Whitney Davis resigned from CBS  noting the lack of diversity at the network’s executive suites – not to mention rampant racism at CBS, saying the network has “a white problem”.

And the hits keep on coming: more than a week ago, two female writers for CBS’ new sitcom Carol’s Second Act quit due to …you guessed it, allegations of sexual harassment from star Patricia Heaton’s husband, who is an executive producer on the show.

All of this comes as no surprise as CBS has a history of dealing with – or failing to deal with these type of issues. And you’ve read them right here in this space – particularly when it comes to our local CBS-owned laughingstock with the Harry Porterfield debacle and a subsequent boycott from Operation PUSH and the Rev. Jesse Jackson leading African-American viewers to walk out and never return, only reinforced by a stupid decision to maliciously edit a 4-year old’s remarks in 2011 (which the news director wasn’t reprimanded for.)

In fact, repercussions are never a worry in this business if you’re a bigoted white male – look at what didn’t happen when HBO’s Bill Maher and former Rep. Joe Walsh both said the n-word on-air or boxing commentator Larry Merchant regularly chastising black fighters such as Mike Tyson and Floyd Mayweather.

And if they get fired, they can always land another gig like Steve Shannon and D.C. Chymes did after they were canned for saying a racial slur on-air at St. Louis radio station WKBQ-FM in 1993 and returned to the same station under a different owner and format. Or nowadays, you can start your own podcast like recently fired Canadian hockey commentator Don Cherry did.

Even in the #MeToo era and as there is more awareness of racial diversity, CBS and other media conglomerates feel they don’t have to address these types of issues. Media consolidation and overall deregulation of TV and radio has led companies not having to answer to anyone in “the public interest” as the FCC stopped enforcing such rules years ago with current Chairman Ajit Pai continuing to “weedwack regulations”. And all of this in an era of declining TV ratings with clients still willing to pay huge sums to advertise on the broadcast networks’ prime-time lineups, brushing off any content or audience erosion concerns.

Meanwhile, diversity continues to elude the media business as many places from local newsrooms to Hollywood’s writer rooms to the boards at major media corporations continue to be predominately white and male. And the one Hollywood studio run by an African-American is currently fighting Comcast at the Supreme Court over carriage of his cable networks, which could make suing for discrimination on the basis of race much harder.

As I noted in 2015, the industry has a long way to go on diversity issues, and it’s even more apparent now. Media companies say they remain “committed to diversity” but we all know it’s a bullshit line no matter how many token black and Hispanic people they put in front of the camera.

Which brings us back to Survivor. Similar to what happened with Cumbie, those who spoke up (Jamal Shipman, Byrd, and Kim – all people of color mind you) were voted out while Spilo remains, even with clear evidence of him touching the two female contestants while Probst, CBS, and Mark Burnett decided to stick with “the script” – even not allowing Kim to address Spilo from the jury – because to them the sanctity of THE ALMIGHTY GAME is all that matters, even above racism and sexual harassment.

Survivor should’ve been put out of its misery years ago, as sitting on some island for 39 days collecting a flimsy million-dollar prize has become so passe – particularly after a professional sports gambler from Las Vegas waltzed right in to a long-running game show and walked away with a cool $2.46 million amid a 32-game winning streak – and not having to put up with Probst’s arrogance, or this season’s idiotic Island Of The Idols format with tribal council turning into The Muppet Show with two former Survivor winners in the role of Statler and Waldorf.

If you’re looking for change or any repercussions from this debacle, you can stop. Because as long as imbeciles continue to run CBS and other media companies, rest assured injustice will prevail and lessons won’t be learned, regardless of what bullshit Probst says in his weekly fake news column.

The tribe has spoken.