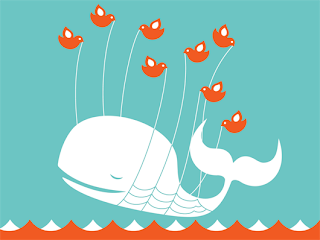 A little over two weeks ago, yours truly was channel surfing on the night the earthquake and subsequent tsunami hit in Japan and landed on Fox-owned WFLD-TV around 9:02 p.m. or so. While almost every news organization in the world led off with the disaster in the far eastern country, what did Fox News Chicago lead off with?

The NFL lockout, which began the same day.

You have GOT to be kidding me – a conflict between greedy owners and players in a sport that rakes in millions of dollars a year takes precedent over TWO catastrophic events that killed thousands of people in Japan and left the country in peril?

Somebody at WFLD needs to have their ass kicked. Seriously.

For the last 24 years, WFLD’s news operation has been treated like a joke in Chicago media circles, and moronic decisions like these is the reason they still are. It’s no surprise the head dork in charge of its news operation is none other than Carol Fowler, who was the genius in deciding to air a video of former WMAQ-TV reporter Amy Jacobson coming out of suspected murderer Craig Stebic’s house back in 2007 while she was news director at CBS-owned WBBM-TV – who was one of the many hires of Joe Ahern at The Church of Tisch – yes, she was the one who clubbed you over the head with a collection basket if you didn’t make a “voluntary financial contribution” for Ahern’s lunch. Since she’s taken over WFLD, many longtime veterans of the station – including Jack Conaty and Lilia Chacon – were shown the doors.

And the incompetence is showing in the ratings – WFLD trails rival WGN’s newscasts and during one night in the February sweeps, WFLD’s newscast from 9:30 p.m.-9:45 p.m. was even beaten by a Seinfeld repeat on its WPWR sister station, which is also struggling (and they even couldn’t keep him – Seinfeld recently defected to the better-marketed and better-managed WCIU.) While you can make the excuse that the 9 p.m. hour (10 p.m. ET) is tough for every broadcaster right now due to the success of cable programs in the time period (notably MTV’s Jersey Shore) and heavy DVR use, WFLD’s ratings should be better, or at least competitive with WGN’s.

On Chicagoland Radio and Media’s message board this past week, a poster mentioned the head honchos at Fox Television Stations (who oversees all the Fox O&Os and ten Fox-owned My Network TV stations in the group) are not pleased with the situation at WFLD and are demanding changes. One thing you can forget is a news expansion, which was targeting 5 p.m. weekdays and weekend mornings. Among all of the Fox O&Os who run newscasts at either 9 p.m. or 10 p.m., WFLD’s is the lowest-rated, and the two stations in the Fox duopoly are the weakest performers in the entire group of 27 stations, though a case can also be made for New York’s WWOR-TV.And the arrival of Mike Renda from sister station WTXF in Philadelphia haven’t helped matters; if fact, the ratings situation has only worsened.

Bringing back Bob Sirott to pair with Robin Robinson at 9 p.m. hasn’t worked, and the longer, in-depth segments aren’t getting the job done. For example, bringing Pro Football Weekly’s Hub Arkish to talk to sports anchor Lou Canellis about the lockout was not necessary (anytime the unlikable Arkish appears on radio or TV is enough to turn the dial) Overall, WFLD’s newscasts are completely the worst, with ambush-like interviews and embarrassing gaffes, including a Cook County Judge who sued the station for defaming him, claiming he was home on a weekday afternoon while he should have been at work. Only problem is, the footage WFLD showed wasn’t even his house. Not surprisingly, mush-for-brains Fowler was named in the suit.

As for the pairing of Corey McPherrin and Anna Davalantes for the station’s Good Day Chicago morning show… well, you know your morning show is bombing when it finishes behind CBS This Morning, The Early Show, or whatever program The Church of Tisch is airing these days at 7 a.m. You have to ask what once-rising star Ms. Davalantes was thinking when she took a job with this failing news organization. It reminds yours truly of Buffy The Vampire Slayer moving from The WB to UPN in 2001 – the show fell right off the buzz meters when it did.

As for the rest of the station, WFLD’s overall ratings – and those of sister station WPWR  – are weak with the duopoly getting clobbered by other stations in the market, including WCIU. Despite airing some top-notch syndicated fare (notably Dr. Oz and repeats of The Simpsons and The Office), viewers continue to stay away in droves. This fall, WFLD has the rights to the new Anderson Cooper talk show and reruns of The Big Bang Theory, but it remains to be seen if those programs will attract an audience to the Fox duopoly. WPWR usually is seen as Chicago television’s version of Siberia as I’ve noted before; just look at the ratings for Everybody Loves Raymond, which hasn’t been a success for WPWR or any of the My Net stations since they took the off-net sitcom from five Tribune stations in 2008.

The state of WFLD and WPWR reminds yours truly of the woes the old WGBO-TV faced back in the day. The not so “Super 66” was your home for endless reruns of Knight Rider, Mayberry RFD, and The Rifleman, and plenty of fourth-rate first-run syndicated programming, infomercials, and lousy movies –  all of which produced a wonderful 2 share. In the mid-1980’s, Milt Grant, the owner of then-English-language independent overspent on programming nobody wanted to see, and went into Chapter 11 bankruptcy shortly thereafter. By 1989, WGBO (and Grant’s other stations in Philadelphia and Miami) went into receivership and wound up being owned by a bunch of creditors calling themselves Combined Broadcasting, who put very little money in marketing WGBO – similar to what Fox is doing now with its Chicago duopoly. Combined finally unloaded WGBO to Univision in 1994.

Recently, WLNE-TV in New Bedford, Mass. – one of ABC’s weakest-rated affiliates – went into receivership and was won at auction by Citadel Communications (no relation to the radio company of the same name.) Like WFLD in Chicago, WLNE’s newscasts have been treated as a joke for decades given its distant third (or sometimes fourth) place standing in the Providence market. WLNE recently made headlines for airing infomercials instead of its local newscast at 7 p.m., including one for the Genie Bra.

Apparently, the local Fox duopoly won’t go into receivership anytime soon. But I’ll tell you one thing – the clueless dorks running both stations have until June to get their act together, or they’re history. Then again, Fox did renew perennial ratings-loser Fringe for another season, so who knows? In the meantime, WFLD should adapt Twitter’s FailWhale as a station logo – after all, their newscasts and the duopoly overall are a major fail.

Maybe WFLD should take the lead from WLNE and air bra infomercials at 9 p.m. every night instead. Given the “boob” who run the station’s news operation, even a paid program featuring women showing off their curves would be better than watching another Fox Chicago newscast.