The latest Shame inductees: A Band of "Brothers" 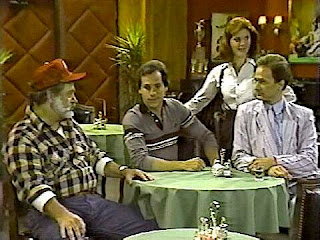 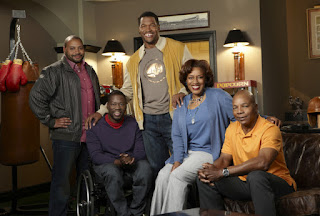 With the induction of Fox’s “Brothers”, it marks the first time two series with the exact same name are in The T Dog Media Blog Hall Of Shame. Both programs are unrelated to each other, except for the fact both are sitcoms and they both suck. Above, from top: Showtime’s version of “Brothers”, from 1984, a good reason not to get pay-cable at the time.

Yeah, it’s been a while since yours truly has inducted anything into The T Dog Media Blog TV Hall Of Shame, and this despite a whole wealth of new bad TV out there. I mean, why sit around and watch a has-been cable TV network honor TV’s best (if you actually consider Welcome Back, Kotter and The Facts of Life good television.) What’s so great about watching to see how much Gabe Kaplan and Charlotte Rae have aged? They weren’t that good-looking when they were in prime-time!

The T Dog Media Blog TV Hall Of Shame has its own induction ceremony – and you’re reading it now. The Shame celebrates really, really bad TV – though Kotter and Facts of Life aren’t really bad enough to make it into the Shame (in fact, Kotter was actually downright enjoyable – that is until John Travolta left the series and Gabe Kaplan’s ego got as big as his Afro.) TV Land should be in this Hall of Shame for evolving what was once a cool home for classic TV (now residing with Chicago’s MeTV and MeToo) into the Sell Out network, which includes squeezing closing credits to promote the latest episode of future Shame inductee Retired at 35.

We have two firsts: A local Chicago show makes the list for the first time (member Johnny B. On The Loose does not count, since the 1991 turkey was syndicated nationally), and Fox’s laugh-free sitcom Brothers enters the Shame, residing with the lousy 1984-89 Showtime sitcom of the same name. The lesson here? When creating a sitcom, don’t name it Brothers (or it’ll wind up here – even before it goes on the air.)

So without further ado, here are the latest inductees into the T Dog Media Blog TV Hall of Shame:

Brothers (Fox, 2009) This sitcom with Carl Weathers and Michael Strahan is unrelated to the 1984 Showtime series of the same name – except for the fact that they both suck.

The Cape. (NBC, 2011) Dopey tripe about a guy who adapts the identity of his son’s favorite superhero, The Cape.

Perfect Couples (NBC, 2011). The rom-com comes to TV. Can we send this back to the theater?

Monsters and Money in the Morning (WBBM-TV, 2010). A failure you can see a mile away, former radio stars and Comcast SportsNet morning show rejects Mike North and Dan Jiggetts come to CBS 2 with the same show – but adding Terry Savage and Mike Hegedus, making for really bad morning TV. The first local Chicago show to ever make the Shame.

All four shows are gone and certainly forgotten.

The Morton Downey Jr. Show (Syndicated, 1987-89) Mort shouted, screamed, and yelled into viewers’ living rooms only to usher himself out when he fabricated a story about being attacked by skinheads in a restroom at a San Francisco airport.

Everyday With Joan Lunden (Syndicated, 1989-90) Joan Lunden was perky on Good Morning America, but audiences couldn’t take no more than two hours of such nausea a day. Of note is this monstrosity was produced and even syndicated by Lunden’s talentless ex-husband, Michael Krauss.

To see the full list of inductees in The T Dog Media Blog TV Hall Of Shame, click here.