NATPE kicks off in Miami

Posted on January 25, 2011 by Terence Comments Off on NATPE kicks off in Miami 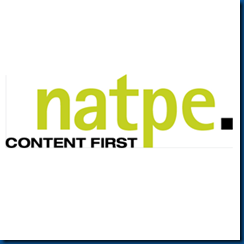 The 47th annual National Association of Television Program Executives convention kicked off today in a new location: The Fontainebleau in Miami, Fla. on the East Coast after years of being based in the western U.S. In the past, NATPE has been held in San Francisco, Houston, New Orleans, and Las Vegas, where it was held for the last several years.

Originally a place where local stations went to purchase syndicated programming, the convention has evolved into a marketplace for International buyers. In the last few years, Hollywood studios and other major syndication companies have scaled back their presence (with Sony bowing out entirely) opting for hotel suites instead of huge booths of the convention floor. Nevertheless, there is some zest to the convention this year, with Oprah Winfrey departing and Regis Phillbin from Live with Regis & Kelly doing likewise this year.

Still, yours truly thinks a move to Los Angeles would have been a better option for NATPE where the Hollywood  power brokers reside. But NATPE still plays an important role in the television community and it’s not January without it (and yours truly still miss those large issues of TV/Radio Age, Broadcasting & Cable, and Electronic Media which came around this time every year. Still remember the first NATPE issue of TV Radio/Age I read in 1985. A good read!)

– Remember the Bill Cunningham talk show project from last summer?  Tribune announced today it has finally found a syndicator with NBC Universal distributing and selling barter ad time for the talk show. Despite poor reception from viewers and critics (yeah, like that matters when launching a new show these days), the series has been declared a firm go for fall with 60 percent of the country on board, including Tribune, Local TV, and Raycom station groups (apparently, execs from the latter two groups were impaired when they looked at the test episodes.) Production of the series will shift to NBC Universal’s facilities in Stamford, Conn. The four test episodes were shot at WGN-TV last summer.  WGN still plans to air the show this fall.

– Montgomery, Ala. – based Raycom Media and Debmar-Mercury announced the launch of a new lifestyle newsmagazine show called America Now! Hosted by Orland Park native (and first season Apprentice winner) Bill Rancic, the series has been running weekends on Raycom-owned stations (especially after late news) since October and is now expanding as a weekday strip. Much like the old PM and Evening Magazine shows, local Raycom stations plan to contribute material into the show. No Chicago clearance has been announced.

Fact: The last time America was used in a title of a daily syndicated strip? Don’t ask. In 1985, America was a short-lived, $22 million mistake from Paramount with Sarah Purcell, McLean Stevenson, and Stuart Damon. A proud member of the T Dog Media Blog TV Hall of Shame.

– WCIU in Chicago and other broadcasters announced last week they picked up new dating/reality show Excused from CBS Television Distribution. The program features a group of men (or women) competing for the affection of two women (or men).  After eliminations, the two individuals will be selected by the last person standing from that elimination.

The series is hosted by Last Comic Standing winner IIiza Shlesinger and producer by Renegade 83 Entertainment, which produced Blind Date for NBC Universal back in the day. The show is being sold for cash/barter for access and late fringe time periods. Excused hopes to revive the long dormant dating genre, which contained series such as Blind Date, Elimidate, Shipmates, Change of Heart, and Love Connection.

Fact: While offering a series targeted for late-night is a bit odd, there is precedent: In the early 1990’s, Twentieth Television offered dating/relationship series Studs on a cash/barter basis (after tested on several Fox-owned stations) while arch rival Love Connection also had similar terms.