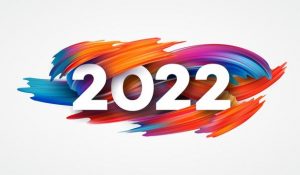 Even though it’s January 14, it’s never too late to look ahead to see what could happen in media for the remaining 351 days left in the year. So let’s look in the crystal ball and see what to expect. As always, we’ll check back at the end of the year to see how we did:

1. WBEZ and the Sun-Times “merger”. Little has been released about a potential merger between the Sun-Times and public radio station WBEZ. How is this going to work? How will the different unions work together? And with the loosening of the media ownership rules, will the FCC have any say?

2. Will the FCC name a fifth commissioner? Gigi Sohn was nominated for the position but faces stiff opposition from conservatives worried she may go after right-leaning news outlets such as Fox News, Sinclair, and Newsmax.

3. 2022 is a political year. How much advertising will we see? If you can’t stand political ads, make sure your Netflix and Disney Plus invoices are paid up because there’s going to be plenty of them on the airwaves – including YouTube and ad-supported streaming services.

4. Can the Bears rebound? After firing Ryan Pace and Matt Nagy, the perennial NFL cellar dweller faces a tough road to rebuild not only their team but also their reputation on the world’s biggest sports stage.

5. Will there be a breakout hit on linear TV? We have to redefine what a hit is on linear network TV these days. So far, critical praise has helped CBS’ Ghosts and ABC’s Abbott Elementary. We could see more.

6. Will Jennifer Hudson go forward with a new talk show? It’ll basically depend on if incumbents Wendy Williams, Nick Cannon, and/or Drew Barrymore come back. And even if they don’t, will she still be interested in doing one?

8. How will the 2022 Winter Olympics fare? Given the lackluster numbers from Tokyo last year, it will be even tougher for the Winter Olympics to draw solid numbers – not to mention the games are taking place in a country where human-rights abuses are very commonplace – an instant turn-off for some fans.

9. Who winds up owning The CW? With a potential sale by co-owners WarnerMedia and ViacomCBS looming, it could be Nexstar, who may gut the low-rated network – or it could be someone else.

10. Is Dish merging with DirecTV? Unthinkable ten years ago, both struggling satellite providers could combine their respective companies as viewers continue to drop expensive cable and satellite providers. While antitrust issues could be a problem, keep in mind those concerns didn’t stop satellite radio’s Sirius and XM merging fifteen years ago.