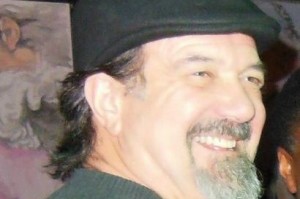 The Church Of Tisch has done it again.

Just like what Laurence Tisch did in the 1980’s when his penny-pinching ways nearly destroyed CBS, the current people in charge are proving you can’t teach an old dog new tricks.

Marker will continue in his role as host of Blues Breakers Monday nights and be a regular fill-in host, plus working at least one or two other airshifts per week.

But there’s a catch. Marker – who has been with WXRT for 33 years – has now been demoted to a part-time role with no pension and no more benefits. In other words, he could wind up making less than a Chicago Public School teacher.

The story first broke Sunday by The Crappy Black and Blue Website, but the imbecile who wrote the story is more concerned about “correcting an online report” than addressing the larger issue at hand, quoting Mark Twain for some reason. Oh God, just do us a favor and shut the hell up.

And so continues the Wal-Martazation of radio. While Nielsen and the NAB continue to brag about how many listeners radio has (in the millions! And millions!), many of the conglomerates who run radio stations could care less about its employees or its listeners.

And neither do politicians, many of whom earn much more than the talent and aren’t sympathetic to their plight. Most members of Congress are self-made millionaires, who are there only to push an agenda for their businesses more so than anything else – forget this “I’m for the people” BS. Take a look at Oregon House Republican Greg Walden, who’s a former radio owner. Or Illinois Gubernatorial candidate Bruce Rauner, whose private-equity firm stupidly financed Randy Michaels’  Merlin Media. It’s interesting Mayor Rahm Emanuel had time to surprise fellow XRT personality Terri Hammert recently, (thanking her for years of service), but says nothing about Marker’s plight.

It’s too bad the folks at CBS and the industry in general continue to embrace the values of Larry “Cheapskate” Tisch.

The Church Of Tisch collection plate is coming around in a few minutes to pay for the gas the chauffeur needs to drive CBS 2’s “investigative reporter” Dave Savini to Taco Bell so he can have his Cool Ranch Doritos Tacos fix and then to the strip club, because he needs to get hammered again. Then later this afternoon, The Church of Tisch needs Tom Marker to go outside and shine Larry Tisch’s statue outside the Prudential Building. The birds keep aiming at it for some reason.