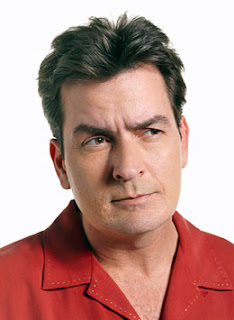 The new WWWN-FM and Charlie Sheen… A “winning” combination!

Welcome to WWWN-FM – Winning Radio – a place where someone is always winning and where you definitely won’t find the Cubs (or the White Sox.) And holding down morning drive is the one and only… Charlie Sheen! He’s always winning!

Okay, so the new 101.1 isn’t nicknamed “Winning Radio”… and Charlie Sheen isn’t the station’s new morning personality (with Randy Michaels however, it’s never out of the realm of possibility…) but Merlin Media did officially change the call letters of the now-former WKQX-FM on 101.1 to WWWN on Thursday, while in New York, Merlin changed the call letters of the former WRXP-FM to WEMP-FM.

Both stations are currently in a “stunting” phase using Hot Adult Contemporary music after ending their respective Alternative/modern Rock formats last week and are expected to flip to a News/Talk format within the next ten days or so.

Merlin swapped the call letters of WKQX with those of a dark (not currently operating) station in Wateska, IL, which is owned by Randy Michaels, who is founder of Merlin (and 1 percent owner).

No word on what WWWN stands for, but it could stand for something related to women, which its new news/talk format is expected to target (and not anything related to Charlie Sheen or “winning”, who departed Two And A Half Men earlier this year and used the term endlessly to describes his battles with Men producer Chuck Lorre.)

Only time will tell if this new format Merlin Media is pimping out is “Winning Radio”. If not, WWWN might have to trade in the “winning” attitude of Charlie Sheen for the “losing” one of Meg Griffin or the Cubs.