Merlin vs. CBS in a "Fresh" smackdown 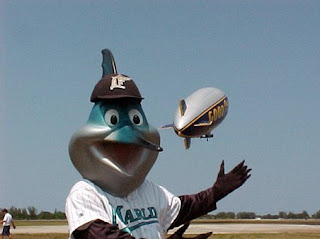 Ladies and gentlemen… grab a ringside seat because it’s time for the Chicago radio smackdown between old standby The Church Of Tisch and newcomer Merlin Media!

In what promises to be the first of many clashes between CBS and Merlin, the two exchanged not-so-friendly letters to each other regarding the use of the word “Fresh”.

The corporation that was once ruined by cheapskate Laurence Tisch sent a “cease-and-desist” letter to the company founded by the Court Jester. In it, CBS legal counsel Lauren Marcello warned Merlin Media COO Walter Sabo that WKQX-FM’s (now known as WWWN-FM) use of the word “Fresh” infringes on their  copyright as The Church of Tisch uses the moniker for some of its AC stations around the country, including its soon-to-expire WCFS-FM here in Chicago, which simulcasts all-news WBBM-AM beginning on August 1. In the letter (which you can read here), CBS uses language such as “trademark infringement” and “unfair competition” and “cease and desist”.

So how did Merlin respond? By sending a letter of rebuttal (which you can read here) to The Church Of Tisch penned by The Merlin Marlin, The New  101.1 Mascot, denying the use of the word “Fresh” on air.

Mr. Marlin also pointed out two Chicago businesses who uses the Fresh name in their  title and their respective websites. The letter concluded by saying the term is used by hundreds of Chicagoland businesses and has no plans to be one of them (and the letter was signed with a smiley face.)

So, you wonder who The Church Of Tisch would go after next? Will Smith, who was once known as The Fresh Prince? Or what about Kool & The Gang, who had a 1985 hit titled Fresh, which went to number nine on the Hot 100, and number one on both the R&B and Dance (12 inch sales) charts?

Yes, Fresh describes CBS Radio’s inane way of thinking – keeping a format which turned out to be one of the biggest bombs in recent Chicago radio history – and The Church Of Tisch clowns’ blocking local management from instituting needed changes. Ironic why The Church Of Tisch would be pissed off at Merlin for using the word “Fresh” – it was never in CBS Radio’s vocabulary to begin with… just look at CBS’ lame attempts at Top 40 radio in New York and Los Angeles…

Old cheapskate Larry Tisch – who never approached a “Fresh” way of running CBS  – would be proud.