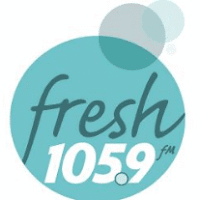 In news that first broke Thursday afternoon by Robert Feder on Twitter, CBS radio has finally pulled the plug on WCFS-FM, or Fresh 105.9 after three-and-a-half years of underperforming ratings and is replacing the Adult Contemporary format with a simulcast of top-rated WBBM-AM beginning on August 1st.

The move could be read as a preemptive strike against Merlin Media, which plans to flip WKQX from Alternative/Modern Rock to either all-news or News/Talk station. But basically, this move means CBS Radio can gain higher ratings and revenue from the simulcast on 105.9 FM. CBS recently started all-news simulcasting on a FM station in the Bay Area and has been a success from a ratings and revenue standpoint.

Launched on November 5, 2007 at 5 p.m. to replace talker/rocker WCKG-FM, Fresh was a lame, ill-convinced attempt to target females 25-54, using mostly uptempo pop acts. With the field already crowded with female demo powerhouses WLIT and WTMX, Fresh’s on-air presentation was lacking at best. In addition, employee turnover was high with low advertiser revenue. Fresh disappointed as usual in the most recent PPM survey with a tie for 20th place – clearly earning its cancellation stripes.

You knew something was wrong with the “Fresh” branding when one of the artists played on the station is Kool & The Gang (which incidentally, had a single called “Fresh”.)

With the long overdue plucking of this turkey, Fresh goes down as one of the biggest format flops in Chicago radio history, alongside Jammin’ Oldies and the original version (’80’s format) of The Zone. The Church of Tisch radio executives out of New York had the gall to think this format still had the potential for success. Even a few local CBS Radio executives wanted the Fresh format out as early as a year-and-a-half ago so they can simulcast WBBM-AM on 105.9. Unfortunately, Chicago CBS Radio execs were vetoed by The Church of Tisch morons in the Big Apple. It took the switch of WKQX-FM’s format to all-news for CBS to finally take action. They basically slapped a “Fresh” label on something that was clearly stale.

With the end of Q101 and now WCFS-FM, Chicago is left with two less music stations on the FM dial.