"All My Children", "One Life To Live" get the ax 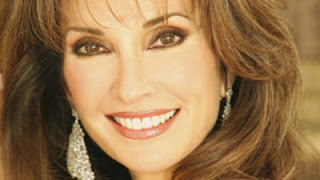 Erica Kane is being shown the door.

In a move rumored for weeks, ABC pulled the plug today on two of its longest-running soap operas: All My Children and One Life to Live. Both series have been longtime staples of ABC’s daytime lineup, each of them being on the air for over four decades. Children is scheduled to end this September; One Life ends early in January 2012.

ABC has already lined up replacements for the two departing soaps: One is The Chew, a cooking show; the other is The Revolution, which is basically a Biggest Loser/Dr. Oz clone. Both are unscripted (you know, ABC could have come up with something better than this crap.)

During the week of April 4-8, Children finished last in total viewers with just 2.3 million, while One Life was third with 2.6 million.

Ratings for both sudsers – and the genre in general – have been declining for years as competition from syndicated talkers, DVRs, the increasing proliferation of channels and the change in the makeup of the daytime audience have taken its toll. Despite the scandalous and salacious storylines, even the soaps were no match for the excitement of Maury Povich’s paternity tests and  who-cheated-on-who on Jerry Springer.

While the dual cancellation does save money for the network, its effects on ABC-owned stations and other top market affiliates – could be impacted.

In addition to Children and One Life, many of these same stations are also losing The Oprah Winfrey Show next month as the host hangs up the mic to focus on her new cable network.

For WLS-TV, the change could have not come at a most interesting time. All three shows are ratings winners in Chicago – in fact, All My Children is still the top-rated soap in Chicagoland, despite ratings being a fraction of what they were 20 years ago. With three new shows in WLS’ daytime lineup – including new local talker Windy City Live set to debut May 26 (a day after Oprah Winfrey’s final episode airs), the station is set for its biggest schedule shakeup in many decades, and could finally be vulnerable after years of being on top.

After all, it was Oprah, Children, and One Life that set the stage for WLS’ ratings dominance with the most stabilized schedule in the Chicago market. But despite these moves, WLS is expected to stay on top thanks to its solid news operation, though other stations in town (notably CBS-owned WBBM-TV, Tribune’s WGN-TV and Weigel’s WCIU) are expected to make some inroads as many daytime viewers are now up for grabs.

With the departure of both All My Children and One Life To Live, the networks’ daytime schedules will be left with four – count ’em on ONE hand – four soaps: CBS’ The Bold and the Beautiful and The Young and the Restless; NBC’s Days of Our Lives; and ABC’s General Hospital, which would be the only soap left on the alphabet network. All are safe – for now. But it doesn’t hide the fact  that the daytime serial – which started on radio and had been a fixture since the early days of television – and as recently as 20 years ago could boast twelve programs across the networks’ schedules –  is on the verge of extinction.