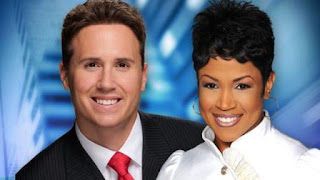 Officials at ABC-owned WLS-TV has decided on a title for its new morning talk show not named Oprah, and it’s blowing into town.

The title is being emphasized as a local talk show shot live in Chicago airing live each weekday at 9 and shot in front of a live audience. It’s live!

Very little information was released about the show, aside from the facts about the title, the hosts, and its multiple-topic format, as opposed to the single or double-topic format of The Oprah Winfrey Show. Marlaine Selip has been named executive producer of Windy City Live, while Cindy Patrasso is the supervising producer.

While a start date has yet to be confirmed, one date has for America’s top-rated talk show –the final original episode of The Oprah Winfrey Show is expected to air on Wednesday, May 25 – the final day of the May sweeps period and the final official day of the 2010-11 television season (May 25 is also the date of the American Idol finale.) Windy City Live could start either on May 31 or June 7, or possibly later than that.

In a situation that is certain to anger local fans of Jimmy Kimmel Live (there’s that word again), Oprah Winfrey’s talk show is expected to continue at 11 p.m. in reruns, delaying Kimmel until midnight. When CBS Television Distribution ceases distribution of The Oprah Winfrey Show on September 9, Kimmel is expected to finally step in to the post-Nightline slot in Chicago.

Editor’s Note: This is a corrected version of a story that was posted earlier here on Thursday. – T.H.