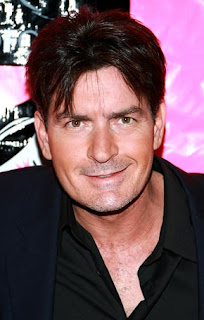 It was Sheen’s bashing of Warner, CBS, and showrunner Chuck Lorre that led to the decision – not to mention his excessive drinking and drug use.

His actions and subsequent rehab stints has caused Men to be shut down twice in the last thirteen months – with the second time for the season, with the finale airing on February 14.  Meanwhile, Sheen took to the airwaves (and the Internet) to attack his now former boss (Lorre). Not surprisingly, Sheen reaction was livid. Sheen released a statement via TMZ: “This is very good news. They continue to be in breach, like so many whales. It is a big day of gladness at the Sober Valley Lodge because now I can take all of the bazillions, never have to look at whatshiscock (Lorre) again and I never have to put on those silly shirts for as long as this warlock exists in the terrestrial dimension.” (Hey, an upside!)

Sheen is likely to take legal action against Warner Bros., seeking back pay and then some. Meanwhile, the future of Two and a Half Men is now up in the air for next season. With Sheen out for good, CBS and Warner Bros. could replace him in the Charlie Harper role, or create a new character. Reports have surfaced that John Stamos (of Full House and ER fame) could join the cast in either capacity.

There are cases in TV history where the former has happened – though with mixed results. In 1993, Janet-Hubert Whitten was fired from the Vivian Banks role on The Fresh Prince of Bel-Air and replaced by Daphne Maxwell-Reid and the series ran three more seasons. Toward the end of Family Matters’ run (which moved to CBS from ABC by that time), Jo-Marie Payton was replaced in the Harriet Winslow role late in the ninth and final season by Judyann Elder.

Even less successful was the handling of John Ritter’s character on 8 Simple Rules. When Ritter died suddenly in September 2003, the series continued but barely limped on and was canceled after three seasons. After Freddie Prinze committed suicide in the middle of Chico and the Man’s third season in January 1977, the series limped on though the remainder of the year and was surprisingly picked up for a fourth season (obviously for syndication purposes) with Della Resse and 12-year old Gabriel Melgar joining the cast. But viewers fled for the exits, and the series was canceled in 1978. Like Sheen, Prinze also struggled with drug use (it was later explained that his character Chico also died, but the producers did not reveal how.)

Two and A Half Men has one year left on its contract  with CBS. If Warner Bros. ends the series now with Sheen’s departure, it stands to lose $80 million in additional revenue, much of it coming from syndication. If it does continue, it risks a ratings drop it won’t recover from, and history won’t on its side.

It’s a Catch-22 Warner Bros. did not want to be in. Or in the words of Charlie Sheen, “they’re not “winning.” And apparently, neither is he.