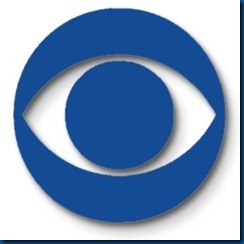 The end is (finally) here: CBS Corp. wrapped up the broadcast portion to the two-week miniseries known as the Winter Television Critics Association tour in Pasadena on Friday with CBS and the network it part-owns with Time Warner, The CW.

-The executive session featured programming chief Nina Tassler and addressed the matter surrounding Two And A Half Men star Charlie Sheen and his partying like a rock star. Says Tassler as quoted in the Los Angeles Times:  “I have a high level of concern. How could I not? … This man is a father; he’s got children.”  She went on to say this: “You can’t look at it simplistically… Charlie is a professional. He comes to work, he does his job extremely well … The show is a hit.”

When you care enough to send the very best….

– Tassler also discussed the upcoming Thursday night showdown between CBS’ Big Bang Theory and Fox’s American Idol on Thursday night, saying the sitcom should do “okay”. Wow, not exactly a vote of confidence for a sitcom that was picked up for a three-year renewal last week. Is a return to Monday in the cards for Big Bang next season?

– Announced at TCA was a new series called Chaos, which debuts April 1 on CBS’ Friday night sked. In this hour-long comedy-drama, several CIA spies in the division of Clandestine Administrative Oversight Services (CAOS) investigate threats to national security. Doesn’t this remind anyone of Get Smart? After all, there was a evil spy organization on the show called KAOS.

-The only series CW was promoting at the press tour was upcoming reality/competition series Shredding For The Wedding, which nine overweight couples compete to lose weight so they can win a dream wedding. The series (who lists Biggest Loser’s Joe Blow as executive producer) is leading out of America’s Next Top Model on Wednesday nights. Look for it to premiere next month.

– Also talked about was the possibility of network chief Dawn Ostroff leaving in June when her contract expires. While the often-criticized Ostroff has been taking lumps from the press, CW is actually up 8 percent in total viewers this season according to the Los Angeles Times, led by WGN-TV’s surprisingly strong prime-time performance in the Chicago market last November.

– The premium channel announced at TCA Friday it was renewing David Duchony’s Californication for a fifth season; and also announced the season premiere dates for Nurse Jackie and United States of Tara (Mar. 28). Showtime also green-lit an untitled project involving the World Series Champion San Francisco Giants, which according to Showtime president David Nevins, goes further than HBO’s four-episode 24/7 series involving the recent NHL Winter Classic. The Wrap points out the series should do well because baseball draws better ratings than hockey – except when the White Sox are involved.