Posted on October 13, 2010 by Terence Comments Off on Tribune suspends Lee Abrams 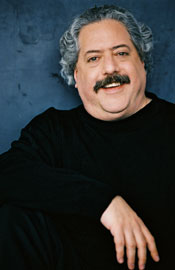 Tribune Co. announced the supension of Chief Innoviation Officer Lee Abrams today after he e-mailed a rather racy memo to employees of the company on Monday. The suspension is indefinate, and further disciplinary action may take place, including termination.

The move comes at a time when Tribune is suffering through a string of PR nightmares, including an unflattering article in last week’s New York Times; WGN Radio’s continued ratings decline in key demos; and New Yorkers’ negative reaction to WPIX’s format revamp for its 10 p.m. newscast, which saw unpopular anchor Jodi Applegate ushered in on Monday and popular anchors Katie Tong and Jim Watkins demoted.

You can say Tribune has been sacked to the ground as much as Jay Cutler has.

One bright light for the beleaguered media company: an exit out of Chapter 11 is now imminent.