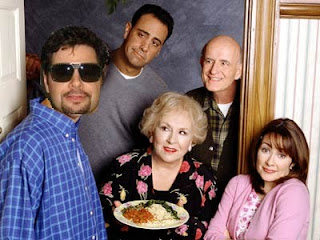 Mancow’s shtick is so laughable, it could pass itself off as a pathetic sitcom.
Welcome to Everybody Loves Mancow, starring Mancow Mueller! In this show, Mancow thinks the whole world only evolves around him and only him – and everybody who works with him suffers for it. In this latest episode, Mueller talks about Tuesday’s Federal Court ruling on indecency and his effect – on him.

In an interview with Vocalo’s Robert Feder, Mueller said the ruling, which the court threw out the government’s strict rules on profanity, does little for him – declaring radio “dead” and then compared it to someone who died of cancer and they just found the cure.

On Tuesday, the Court thankfully threw out those silly rules, which found TV and radio stations liable for any type of profanity, even the “fleeting” kind. The court said the strict policies – made up after the Super Bowl Halftime Show debacle in 2004 – were called  “unconstitutionally vague and chilling”.

Mueller was host of Mancow’s Morning Madhouse on WKQX-FM (Q101) until 2006, when his contract was not renewed. He wound up suing Q101, in a case still pending in the courts. His most recent gig – a 9 -to- 11 a.m. talk show with Pat Cassidy on WLS-AM ended a few months ago when the station canceled the show despite strong ratings.

Mueller’s show was targeted by one person – uber-idiot David Edward Smith of the Illinois Family Institute – who filed 70 FCC complaints and the agency fined Q101 owner Emmis for indecent broadcasts.

In the interview, Mueller said the ruling had little consolation for him and blamed the crackdown for “safe radio” due to the FCC’s stepped-up enforcement of indecency rules. But Mueller also played the race card, saying Chicago’s Hispanic and urban-targeted radio stations got away with more than he ever could, claiming the FCC didn’t go after them because he thinks they didn’t view their audience as voters (and I suppose he forgot – or chose to forgot about the huge voter turnout in Chicago’s minority communities during the last major election.)

In his filings of his lawsuit against Q101, he claims he was denied the opportunity to work at WPWX-FM (Power 92) – a station that plays hip-hop/rap and R&B music – the same type of music Mancow once played at San Francisco’s KYLD-FM.

While Mueller is spot on about the FCC crackdown creating more bland radio, his comments were basically on how it affected him – and he plays the victim as he usually does. And he talks about how “big” his show is nationally when it isn’t even heard in the 10 largest radio markets, including Chicago.

But all of this drama surrounding Mancow plays out like a poorly acted and poorly written farce of a sitcom with Mancow as The Fonz and David Edward Smith as Officer Kirk, trying to run him out of town. The only difference is, the Fonz wasn’t an arrogant asshole like his nemesis was. In this sitcom, it’s a riot with two idiots running their mouths. Just throw in a phony laugh track, a lousy plot, and several cliches, and you get something resembling Til Death or Tyler Perry’s House of Payne… you’d hope Mancow would get hit upside the head with Madea’s purse.

But unlike Til Death, Everybody Loves Mancow is a sitcom that will never get canceled as long as the motormouth keeps his broken-down engine running.  And it took four years for Fox to finally pull the plug of the stupid Brad Garrett sitcom (pictured, above when he actually had a better job playing fourth banana to Ray Romano, Patricia Heaton, and one of those kids on the show.) How long it will take for Mancow Mueller to finally shut up?