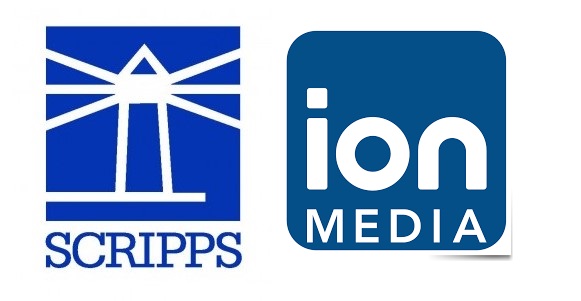 Get ready for a major shift in the digital channel world.

Months after Scripps acquired Ion Networks, the company announced it was eliminating three digital subchannel networks: Ion Plus, ShopIon, and Qubo effective at the end of February. Those channels will be replaced by existing Katz channels, including Bounce, Grit, Laff, and Court TV. Scripps purchased Katz Communications in 2017 and last year purchased Ion for $2.65 billion.

This only involves the Ion stations owned by Scripps including WCPX here; non-O&O Ion affiliates – including the 23 stations recently spun off to the new INYO broadcast group, who owns stations in Phoenix, Denver, and Kansas City, are not part of the move.

The framework on how these channels would migrate hasn’t been decided as the moves will vary by market. In Chicago, Univision-owned WGBO and WXFT are set to lose Grit, Laff, and Court TV Mysteries (formerly Escape) while WCIU’s 26.5 will lose Bounce. WGN is losing Court TV on 9.3 – and this two years after Katz made a deal with then-owner Tribune to launch the channel.

With existing contracts varying, it is not exactly known when the moves would take place though Scripps said some migrations would start March 1. But other moves won’t take place until 2024 when Univision’s contracts to carry the channels expire. Univision carries the former Katz channels in most large markets, including New York and Los Angeles.

The ABC-owned stations have Laff with the exception of WLS-TV, who dropped the channel after the spectrum auction in order to share channel space with WXFT. Its contract status with Scripps is unknown.

The distribution expansion of the Scripps multicast networks through Ion’s broadcast spectrum is the first major step in our realizing the tremendous synergies of the Ion transaction,” said Scripps President-CEO Adam Symson. “National Networks President Lisa Knutson and her team are working quickly and effectively to uphold Scripps’ commitment to executing our plan. Once again, Scripps is doing what we said we would do.”

In addition, NBC-owned stations launched NBCLX about two years ago, targeted to millennials with original programming and newscasts – an ambitious effort in the space, with the channel also available on numerous other platforms including the web, YouTube, and through co-owned Xfinity (Comcast) among others. Locally, NBCLX can be found on WMAQ-TV 5.3 and Xfinity channel 342 and 1175.

While Ion Plus was mainly overflow programming of stuff already on Ion and ShopIon was basically an around-the-clock infomercial channel, the loss of Qubo leaves PBS Kids as the only 24-hour kids network left in the diginet space.

[Editor’s Note: Comments are open, but for some reason are not showing up on the desktop version of this blog as I’m trying to have the problem fixed. They are available to read on the mobile version of the site. Apologies for the inconvenience. – T. H.]