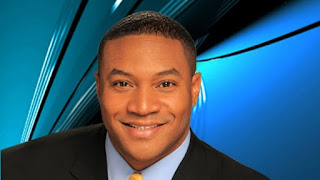 The Chicago journalism community is in shock after the sudden passing of WMAQ-TV sports anchor and reporter Daryl Hawks on Thursday. He was only 38 years old.

Hawks was on assignment in Atlanta Thursday covering Game 6 of the NBA Eastern Conference Semifinal between the Chicago Bulls and Atlanta Hawks when he missed a wake-up call at 9:30 a.m. in his hotel room. Employees went into his hotel room and found him unresponsive and rushed him to a local hospital, where he was pronounced dead nearly three hours later.

A marine, Hawks was very active, playing basketball and football, among other sports. Hawks also served on the Mayor’s council of Fitness and was a member of the National Association of Black Journalists and the Chicago chapter of NATAS. Hawks was also involved in several local charities.

“We are all stunned right now. Daryl was a great member of our sports team, and was so excited about covering the Bulls during this playoff run,” said Frank Whittaker, WMAQ-TV’s station manager and Vice-President of News in a statement posted on the station’s website.

The cause of death has yet to be determined. Funeral arrangements are pending.