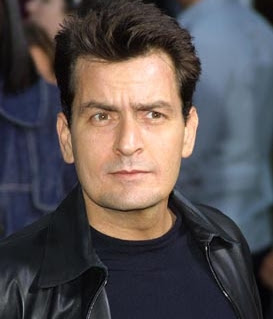 There are many reasons why shows get canceled or end their runs: the star dies or retires, declining ratings, getting too expensive to produce, etc.

But because of a rant against his boss?  That’s a new one to me!

As you’ve heard by now, CBS and Warner Bros. has suspended production on Two And A Half Men again – this time for the reminder of the season – due to star Charlie Sheen ripping into producer and creator Chuck Lorre, calling him every nasty name in the book and then some, including an anti-Semitic slur.

Two And A Half Men shut down production for weeks earlier this season after Sheen’s partying and alleged cocaine use and his subsequent trip to rehab.

On Thursday, Sheen went on Alex Jones’ radio show and ripped on Lorre, using rather disturbing quotes I won’t use here. After learning his series was canceled for the rest of the season, he continued his rant on Lorre, calling him a “maggot”, “earthworm”, and a “clown” and wished him “nothing but pain”.

Given the circumstances, Men might not continue after this season, and if it does, the show definitely won’t air past 2012, when the show’s contract is up with CBS.

At the TCA press gathering in Pasadena last month, CBS executives were nonchalant when they responded to Sheen’s partying, saying it doesn’t bother them as long as it didn’t effect his performance and he showed up for work. But we all know the bad behavior would eventually catch up to him on the set.

Back in 1978, One Day At A Time co-star Mackenzie Phillips was busted for public drunkenness and cocaine possession. A year later, Phillips’ cocaine addiction caught up with her on the set.  She started forgetting lines and her appearance on-camera was horrid. She was fired from the show in 1980, but returned as “a special guest star” for the start of the show’s seventh season. But Phillips went back to her addiction and was fired from the show again in 1983 after collapsing on the set and refusing to take a urine test.

So how did the writers respond to her abuse? Her character on the show was written out of the series by walking out her family and disappearing (how’s that for revenge?) Phillips made news over a year ago with her admission of an incestural relationship with her father (John Phillips of The Mamas and Papas fame) on The Oprah Winfrey Show, promoting her “memoirs” no less, and was busted in 2008 for drug possession en route to a One Day At A Time reunion.

It would be much tougher to fire Charlie Sheen for a number of reasons as the series evolves around him almost every episode, and shooting without Sheen is a risk CBS and Warner do not want to take. When Cindy Williams quit Laverne & Shirley in 1982 over issues she had with Paramount related to her pregnancy, Penny Marshall was forced to carry the show alone. As a result, ratings dropped (they were already declining for three straight seasons) and ABC unceremoniously canceled the series with the final episode airing on May 10, 1983.

It also helps to point out the Two And A Half Men has made a lot of money for TimeWarner throughout its CBS run – not to mention DVDs, merchandise, sales of syndicated repeats to local TV stations and FX, and others internationally.

And as for those syndicated repeats, Tribune and Sinclair Broadcasting plopped down a lot of money to secure second-cycle rights to Men, beginning in September 2014. If the series ends now, the licensing deal ends in December 2013 (39 weeks early.) On the other hand, local stations wouldn’t have to pay for any additional episodes produced. But that isn’t great news for Warner Bros., which would miss out on millions of dollars of extra syndication revenue.

So now CBS and Warner Bros. are being tested by Sheen, whose lunatic-like behavior is jeopardizing the show’s bottom line. The real question is, how far will Sheen go before he realizes his idiotic actions and his non-stop  motormouth effects more than he imagines – like the possibility of 300 people – most who only earn a fraction of what Sheen makes – losing their jobs because of this asshole?

Interesting note here –  Mackenzie Phillips didn’t put the cast and crew of One Day At A Time out of work – only herself. Twice. How in the world Charlie Sheen could manage to sink even below that benchmark?