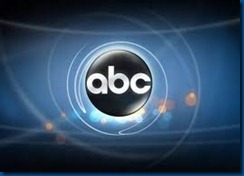 The Winter Television Critics Association Press Tour continued on Monday with ABC as the first commercial network to present.

– ABC right off the bat announced the early renewal of six shows for the 2011-12 season: Castle, Cougar Town, Grey’s Anatomy, The Middle, Modern Family, and Private Practice. Fans of Dancing With The Stars, Desperate Housewives, and 20/20 need not worry: your shows will more than likely be back as well. Brothers and Sisters… maybe not so much.

– It seems ABC wants to make itself into The CW’s older sister by targeting females 18-49. And with Dancing With The Stars, Bachelor, Grey’s Anatomy, and Castle. And like an older sister, ABC is Marcia Brady-popular while CW is stuck with the Jan Brady role. ABC Entertainment Chief Paul Lee demonstrated the network’s commitment to the creative process. From the LA Times: “My real ambition is to make the ABC studio and the ABC network a real show-runner culture. Empowered show-runners give networks distinctive voices.  We don’t want cookie-cutter television.”

While ABC has coasted with the success of Dancing this season (thanks to buzzworthy contestants such as Bristol Palin), the network’s rating in the adult 18-49 demo has slid 11 percent from last season as many of its aging dramas have declined in the ratings – not to mention Private Practice was recently out-rated and embarrassed by MTV’s Jersey Shore head-to-head in key demos. But ad buyers are still love these shows because of their heavy-female skew – after all, women do the most shopping in the household – so it was an easy call to bring back most of the sudsers.

And those ad buyers are grateful to have University Park’s own Shonda Rimes (though TV critics certainly feel otherwise.) This Wednesday sees the premiere of the latest show from the Grey’s and Private creator called Off The Map, and was a panel on the show at TCA. The show’s logline is three medical students (of course they have to be med students – it wouldn’t be a Shonda Rhimes show without them) leave to run a run-down clinic in South America. All this is Grey’s Anatomy and/or Private Practice set in a jungle without the expensive medical equipment. And Mr. Lee says he doesn’t allow cookie-cutter television? Shonda Rimes is like Seth MacFarlane – critics may not like her shows, but audiences – especially females – continue to lap it up (it’s amazing Grey’s is even still on the air after the dumb Ferry story arc from 2007 – guess the show’s target audience really doesn’t mind having their intelligence being insulted every week.)

– While ABC continue to pursue female audiences, it has projects in development destined to appeal to both genders. ABC has the new Mr. Sunshine coming up later this season; and parent The Walt Disney Co.’s acquisition of Marvel opens up all kinds of possibilities for television projects. First up: A reboot of The Incredible Hulk (CBS, 1978-82) simply known as Hulk and a series based on Jessica Jones, who is a superhero who gives up the daily grind of saving lives to become a detective.