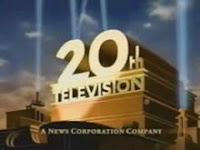 But the ironic thing here is, South Park is now under the same ad sales roof as is its hated off-network animated arch-rival – Family Guy, which Twentieth not only sells the ad time for, but distributes and produces as well. Twentieth also handles another animated sitcom, King of the Hill (The Simpsons, Twentieth’ s main animated off-network series, is now sold for cash, with no barter time involved.)

Meanwhile, don’t count the Tribsters out just yet.

According to Variety, Tribune is exploring the possibility of returning to the syndication business, just months after the company shut down its operations after 25 years. This time, Tribune would handle off-network and first-run sales of programs from third-party producers instead of doing original programming (as it has done the last few years.)

Trivia: Twentieth Television’s ad sales unit was formed in 1990 to sell national barter time for nightly magazine strip A Current Affair. Before that, Twentieth outsourced its ad sales of its first-run product to Orbis Communications and later LBS.