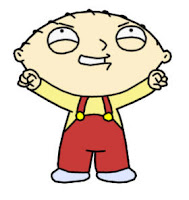 Family Guy has surged ahead of Everybody Loves Raymond to become the top-rated off-network sitcom in syndication for the week ending Sept. 23. Twentieth’s Family Guy surged 20 percent in the ratings to nab a 4.2, while CBS’ Raymond fell 3 percent to a 3.7. Warner Bros.’ Two and a Half Men finished with a 3.3, ahead of Warner’s Friends but behind Sony’s Seinfeld, which had a 3.5.

As for the new first-run rookies, Warner’s TMZ was tops at a 2.0 rating (that number is being reprocessed however), doubling NBC Universal’s Steve Wilkos Show, which had a 0.9.

Meanwhile, NBC’s Law & Order: Criminal Intent nabbed a 1.3 rating as a strip, but its sister show Special Victims Unit got a 2.1 as a weekend show.