Univision (branded locally as Univision Chicago) and the non-profit Chicago Reporter are teaming up to cover more of the area’s Hispanic community.

As first reported by Broadcasting and Cable, the duo is forming a multi-platform news service named Latintext, and plans to cover important issues including education, health care, housing, and the biggest one of all – immigration as those types of policies are under attack in the current administration in Washington.

In a statement, Chicago Reporter editor-publisher Fernando Diaz said “This project will focus on highlighting Chicago’s rising Latinx voices, in Spanish and English, while reporting on and engaging with our growing and changing communities.” Diaz and Univision Chicago head of content Teri Arvesu will co-manage Latintext.

Diaz is a former editor of Tribune Publishing-owned publication Hoy, which is closing December 13. The news came as Alden Global Capital – a private equity firm known for deep cost-cutting at newspapers – purchased nearly a third of the shares in Tribune Publishing, effectively being the largest shareholder in the company.

The initiative plans to first cover Chicago suburbs with the highest Latino population, including Aurora, Joliet, Elgin, Waukegan, Berwyn, and Cicero, among others – and then expand to Chicago proper.

Chicago neighborhoods with a high concentration of Latino residents include much of the Northwest and Southwest Side, notably Portage Park, Belmont Craigin, Logan Square, Lower West Side, West Eldson, Back Of The Yards (New City), Little Village (South Lawndale), Archer Heights, and West Lawn. Southeast side neighborhoods of South Deering, East Side, and Hegewisch also have a large Latino population. The South Side’s South Chicago and West Pullman neighborhoods also have a decent-sized number of Hispanic residents.

According to Nielsen statistics (last updated in 2017), Chicago is the fifth-ranked Hispanic television market, with an estimated 2.1 million residents of Latin decent. Content plans to be produced in English and Spanish and appear on all local Univision platforms, including digital.

Even though it’s a tie, the news is quite the feat for a station known to be on a “cursed frequency” (94.7 FM) as over the last 45 years or so, the station had at least twelve format changes between 1978 and 2012. Among the unsuccessful fare served up on 94.7 include disco, classic rock, album-oriented rock (or AOR for short), country, Top 40, news/talk (simulcast of WLS-AM at times), and even an all-80s format under various call letters include WYTZ, WDAI, WKXK, and WZZN.

One of those format changes was responsible for the departure of Steve Dahl in late 1978 as WDAI flipped to disco. Dahl moved over to WLUP-FM a few weeks later, and the rest is history, Disco Demolition Night and all. And the station did have some success in the early-to-mid 2000s as an alternative/active rock station engaging in a spirited and heated rivalry with Q101, the original version of WKQX. The last change came in September 2012 as it transitioned from a fairly successful oldies format to classic hits without fanfare.

In other news, another “cursed” frequency (100.3 FM) had success as WSHE-FM finished seventh overall with the station’s highest ratings since the FM 100 “beautiful music” (some would say elevator music) era of WLOO-FM in the late 1970s. More notable, the syndicated Brooks & Jubal show stunned the market by finishing first in adult demos, even topping the live-and-local Eric in The Morning on WTMX (that’ll give Kristen McQueary really something to complain about although in the piece I wrote last May, I failed to mention Brooks & Jubal.) Both WSHE and WTMX are owned by Hubbard Broadcasting

This is the last survey without the full effects of Christmas Music skewing the books; look for WLIT with the Holly Jolly format to take over the top spot for the last two surveys of the year. 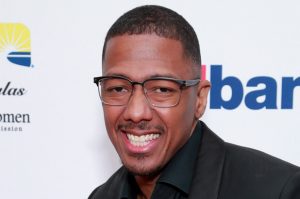 Current Masked Singer host Nick Cannon now has a daytime talk show: beginning next fall, the Fox-owned stations will air the new gabfest from Debmar-Mercury, immediately clearing the show in 40 percent of the country.

In Chicago, the show will air twice a day – on WFLD (Fox 32), likely after Wendy Williams (also syndicated by Debmar-Mercury and cleared on Fox stations) and another daytime slot airing on sister station WPWR (My 50). The Real currently airs after Wendy on Fox 32 at 11 a.m., but the show has been renewed on the duopoly through 2022 as part of an overall package deal with the show’s distributor, Warner Bros.

Both WFLD and WPWR are owned by Fox.

“Fox has been an indispensable station group partner for us and we’re excited to team with them once again”, said Debmar-Mercury Co-Presidents Ira Bernstein and Mort Marcus in a statement. “They share our strong belief in Nick, a multi-talented force of nature who will bring his fresh approach and track record of success to daytime talk.

“Nick has been able to build a brand name across all platforms with unique ability to connect to the audience, which is exactly what you need to do to succeed in this competitive world.”

Cannon guest-hosted several episodes of Wendy last year, and was also coming off an eight-year stint as host of America’s Got Talent where he was abruptly resigned after a dispute over language used in one of his stand-up specials. Talent was back in the news last week after the show and NBC fired Gabrielle Union, allegedly for speaking out against mistreatment in the workplace.

Cannon continues in his role as Masked Singer host and as morning radio personality at Los Angeles’ KPWR-FM.

In news that doesn’t come as surprising, Netflix has passed on a third season of Mystery Science Theater 3000. Netflix had no comment as the series is expected to shopped around to other streaming services. The star of the current version (JOnah Ray) broke the news on Twitter last week:

So, Netflix decided to not do another season of MST3K. We are off to Get Down in Lilyhammer while the OA helps us take it One Day At A Time. We will be in group therapy with Tuca & Bertie, Jessica Jones, & Lady Dynamite. The sessions will be run by Gypsy (w/ Naomi Watts.) thread pic.twitter.com/ZONkUxUlFb

The new version of MST3K became the first television show to be revived due to a kickstarter campaign headed by former series regular Joel Hodgson (who also was executive producer of this effort), raising nearly $6 million dollars. Netflix opted to purchase the series from Shout Factory and premiered the show on April 24, 2017.

But recent business shifts in streaming obviously sealed it’s fate as Netflix pulled the plug on numerous series (as referenced above in Ray’s tweet) not produced or owned by the studio (notably the entire Marvel Netflix Universe and One Day At A Time) as rival studios are now starting their own streaming services to compete.

From 1970 to 1995, the Hollywood studios (excluding Fox because they did not meet the FCC definition of a network at the time) couldn’t own the broadcast networks and were barred from the syndication business, known as the financial interest and syndication rules. Since the rules expired, the networks were bought by Hollywood movie studios and have been favoring their product through their own distribution channels in a process known as “vertical integration”.

Moreover, the Justice Department is now considering ending the Paramount Consent Decrees as they look to overturn a Supreme Court ruling from 1948, barring studios from owning moving theaters. Streamers Amazon and Netflix are sure to benefit if those decrees go away, meaning they can showcase their own films in their own theaters.

But the news isn’t all bad for MST3Kies: Shout Factory recently launched a 24-hour channel on Twitch, streaming MST3K episodes continuously and the cast is currently touring the country with live shows.