The Media Notepad: “The Drive” cruises to the top

For the first time in its history, The Drive sits on top of the Chicago radio world.

The Hubbard-owned station also known as WDRV-FM finished first in the latest Chicago radio PPM rankings spanning from mid-June to mid-July. Already a success story in the key 25-54 and 35-64 radio demo, now you can add an overall win to its sparkling resume.

Not bad for a station who only launched in 2001, replacing the a longtime classical music  WNIB-FM.

The Drive continues to benefit from the demise of WLUP-FM, who closed up shop in March 2018. Also helping were two separate television advertising campaigns – one for the station and general and another for Sherman and Tingle, airing in March during the NCAA Tournament.

Speaking of the old WLUP-FM, its successor K-Love (WCKL-FM) hasn’t been as successful, finishing in a tie for 25th place. In New York City where it replaced the longtime WPLJ-FM earlier this summer, it fared even worse – finishing in a tie for 31st place with iHeartMedia’s WKTU-FM and Entercom’s WNEW-FM posting significant gains. But keep in mind K-Love mainly relies on donation drives and not advertising revenue given the stations are non-commercial. 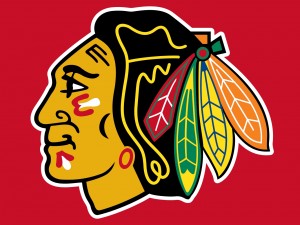 In bad news for cord-cutters – and for the first time since those dreaded home TV blackouts were lifted, the Chicago Blackhawks will not have a single game on over-the-air broadcast television next season.

The NHL released their national television schedule this week and while the Blackhawks will have fourteen games on cable network NBCSN, there are no games scheduled on the NBC broadcast network for the first time since the 2007-08 season, which is heavy with East-coast teams such as the Pittsburgh Penguins, New York Rangers, and Philadelphia Flyers with the latter two teams not even make the playoffs last year (guessing viewers want to see the Flyers’ new mascot Gritty.)

In a strange twist of irony, the Stanley Cup Champion St. Louis Blues also have no games on NBC this year, but plenty on NBCSN. Instead of the Blues, the league scheduled the Nashville Predators to play in the 2020 Winter Classic against the Dallas Stars in the Cotton Bowl on New Year’s Day.

Looking at the nat'l NHL tv schedule for upcoming season, I get all the NBCSN games, but the schedule on NBC doesn't even feature the defending Stanley Cup champs, the St. Louis Blues, not even ONCE!!! And of the 4 conference finalists, only the Bruins are featured!!! pic.twitter.com/5pkads5C08

NBC is seen as a bigger stage than NBCSN, as they are a major broadcast network. But the NHL’s regular season games on NBC are not exactly a priority, sticking games early in the day on Sundays when HUTs levels are lower, save a prime-time game here and there.

Next season, NBC Sports Chicago will televise 70 Blackhawks games – the most ever for the regional sports network as the team – along with the Chicago Bulls and Chicago White Sox decided to take all non-national network games to the channel, moving games off WGN-TV.

Unless the NBA schedules a contest on ABC this season (which isn’t likely), the Bulls would also have almost every game scheduled next season on NBC Sports Chicago with no over-the-air coverage.

Right now, the site is kind of bare bones, but come the time of the affiliation switch, should have much of the information the current “U” has now.

CW 26’s new fall schedule is also available on the site via PDF download and features two new shows both debuting September 9, and I’m sure you’ve heard about them: NBCUniversal’s Judge Jerry, featuring the former trash talk-show host in an earlier-than-expected 9 a.m. time slot; and Disney/ABC’s Tamron Hall, airing in early fringe at 4 p.m. in addition to an 8 p.m. prime-time clearance on “The U”, soon to relocate to WMEU 48.1/WCIU 26.2., the channel where “The U Too” currently resides. The long-running People’s Court got the shaft, with the Warner Bros. court strip shifting to 10 a.m. and 11 a.m.

Another major addition is off-network repeats of Bob’s Burgers. After four years as a weekend offering, the Belchers expand to a strip five nights a week – but airing at 12:30 a.m. The second daily run is being stacked on Saturdays, airing seven times during the day including the existing weekend run returning to its 10 p.m.-11 p.m. time slot.

Other than the above, much of the schedule remains the same with The Jam, Judge Mathis, The King of Queens, Mike & Molly, 2 Broke Girls, and Seinfeld all retaining their current time slots.

Off the schedule (and not moving to The U’s new home) is Face The Truth, American Dad, King Of The Hill, The Cleveland Show, and Rules Of Engagement. All of these shows are leaving syndication due to expiring contracts with the exception of Truth, who got canceled after one season.

In other scheduling news, times have been set for the two other new talk shows debuting this fall: Sony Pictures Television’s Mel Robbins landed in the post-WGN News time slot at 1 p.m. beginning September 16; and NBCU’s Kelly Clarkson as expected, landed the 2 p.m. slot on WMAQ replacing Steve starting September 9.

And last but not least, WPWR is returning to its “My 50” branding it abandoned three years ago when it became a CW affiliate, as a promo for Chicago P.D. airing on WPWR and sister station WFLD-TV aired last weekend featuring the previously used “My 50” logo. This is a surprise given most My Network TV affiliates owned by Fox outside of New York and Los Angeles have abandoned the “My” branding.

Welcome back, My50 Chicago. pic.twitter.com/FPzSRStIZf 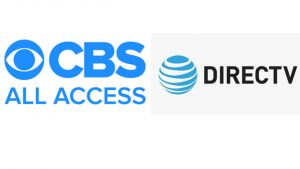 In good news for DirecTV subscribers who love CBS programming, the network and AT&T-owned service announced Thursday they have come to an new multi-year agreement, ending a blackout nearly lasting three weeks.

On July 20, CBS pulled their signals of their owned CBS and CW affiliates in a dispute over retransmission fees affecting DirecTV, DirecTV Now, and AT&T U-Verse. The blackout affected WBBM-TV (CBS 2) here in Chicago, who suffered a 28 percent ratings drop in total-day ratings as a result.

In a joint statement, CBS and AT&T “regret any inconvenience to their customers and viewers and thank them for their patience.”

The new pact comes as NFL preseason football began Thursday, with a few CBS-owned stations owning rights to pre-season games. For example, the Pittsburgh Steelers have a game on KDKA-TV Friday night.

However, DirecTV and Dish are still embroiled in a dispute with other broadcast groups, including Nexstar’s 120 stations with the former; and Meredith Broadcasting with the latter. But with the CBS/AT&T deal today – and pressure ratcheting up with football season upon us, look for a resolution to occur sooner than later.

For those who missed shows such as Love Island and Big Brother, you can catch up at CBS.com. or CBS All-Access.

(Updated on 2019-08-24 to correct information on Bob’s Burgers’ number of years in syndication.)