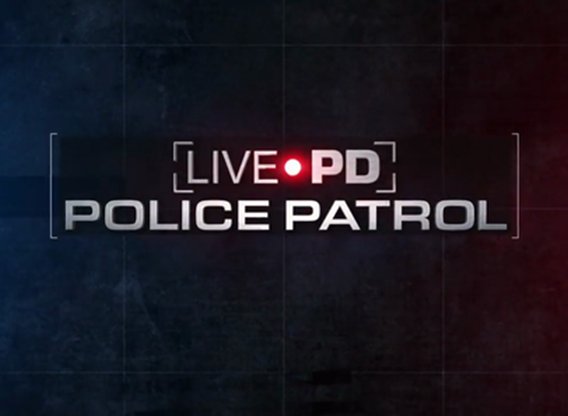 A late entry into the marketplace, Sony trouts out reruns of “Live PD: Police Patrol”.

Only two new shows in syndication this fall

(Editor’s Note: This post has been updated. See below.)

If you love the true crime genre, you are going to be happy with what’s going to air on local stations this fall.

In fact, their are just two new shows: CBS Television’s Face The Truth and Debmar-Mercury’s Caught In Providence, featuring an 80-year old judge. And the lone off-network sitcom for September is Disney/ABC’s black-ish.

The syndication business is being awash in the true crime genre (a subgenre of reality TV) with at least eight series on the air – all almost either off-network or off-cable entries. T Dog Media reported on the genre last fall after the surprise numbers NBC’s off-network Dateline achieved. And there are more true crime shows available on cable and diginets Escape and The Justice Network.

Debuting on September 10, a number of off-network Investigation Discovery programs went under the True Crime Files umbrella for syndication including Sins & Secrets, A Stranger In My Home, Fatal Encounters, Blood Relatives, I’d Kill For You and more. In an unusual move, Discovery sold these shows in syndication themselves instead of through a third-party company such as Trifecta or Sony. Ironically, Files helped derail another show in the red hot genre: the three-year old CrimeWatch Daily with Tribune and Sinclair  replacing it with Files instead.

In Chicago however, Tribune’s WGN turned down Files as it wanted out of the true crime business entirely with the cancellation of Crimewatch Daily. Instead, Discovery sold the show to Weigel’s WCIU, which has slotted it at midnight and at 3 p.m. on sister station The U Too (WMEU).  In fact, Files joins a true-crime lineup on U Too, including Corrupt Crimes, Cops, and a late entry, Sony Pictures Telvision’s Live PD: Police Patrol, basically highlights from the popular A&E series Live PD, similar to Cops and Real Stories Of The Highway Patrol in vain. In addition to its 6 p.m. airing, PD is also airing weeknights at 11:30 p.m. on WCIU beginning September 17, and of course continues on A&E.

Believe it or not, there are shows new this fall not related to ahem.. “crime”: Vivica’s A. Fox’s Face The Truth landed an 8 a.m. weekday slot on WCIU and also at 1 p.m. slot on The U Too. In an unusual structure, Truth is an hour-long show, but split into two separate half-hours. Meanwhile, Providence lands at 2 and 2:30 pm. on CW affiliate WPWR, leading into two hours of Jerry Springer reruns (the series officially ended production in June.) Providence is a unique take on the court show as its YouTube page attests and could be entertaining to watch.

In off-network, WGN did pick up black-ish for fall in another Tribune deal, with the ABC hit comedy airing at 7 and 7:30 p.m. But in Los Angeles, it went to CBS-owned KCAL instead of KTLA, airing in the same time slots. Meanwhile, NBCUniversal’s new Chicago P.D. strip landed a 10 p.m. slot on WPWR, sandwiched in-between My Network TV programming. And as noted here earlier, daytime talk show Pickler &Ben landed a 10 a.m .slot on U Too, and also a clearance on what’s left of the Live Well Network.

Among veteran shows, Disney/ABC’s Who Wants To Be A Millionaire returns to primetime on a regular basis for the first time since the ABC version left the air in 2002 with a 8:30 p.m. slot on WCIU. In addition, Millionaire began airing this week at 1:35 a.m. on WLS-TV, finally putting the game show on all the ABC O&Os. Up until this point, WLS had never aired the syndicated version of Millionaire, being the last holdout.

And signaling a possible death knell for the show, Top 30 is moving to a 3:30 a.m. slot on WPWR in between paid programming. 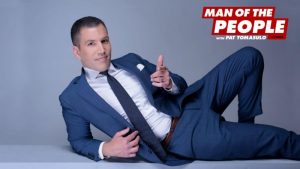 WGN’s “Man Of The People” returns for a second season Saturdays at 10 p.m. You’ve been warned.

PPI Licensing (the former Program Partners, who formerly distributed DaVinci’s Inquest) has Canadian import The Listener debuting Sept. 16 on The U Too, airing every Sunday at 6 p.m.

Locally, Pat Tomasulo’s Man Of The People (yes, it’s still on the air) has been renewed for a second season with WGN-TV continuing to air his shenanigans Saturdays at 10 p.m. and Sundays at 11 p.m. And the station’s Sunday night local lineup of Chicago’s Best and S.E.E Chicago are also back for new seasons. Also on the local beat, Fox’s WFLD is expanding its Bears post-game coverage after every game, regardless of what network it aired on. If WFLD can’t air post-game coverage because of a second-half Fox doubleheader, or if the Bears have a late game, post-game coverage shifts to sister station WPWR.

Aside from Harry, Robert Irvine, Crimewatch, and the off-network dramas replaced by new shows mentioned above, there are other shows leaving the air, either canceled or their contracts weren’t renewed. In addition to the off-network dramas mentioned above,  The X-Files and Rookie Blue are also departing due to expiring contracts but you can find these shows on cable or streaming. Other cancellations include the long-running Whacked Out Videos, freshman weekly half-hour Don’t Blink, and weekday strip Mysteries Of The Unexplained.

(Editor’s Note: Due to an editing error, American Ninja Warrior was listed by mistake  instead of The X-Files among shows not coming back. T Dog Media apologizes for the error.)