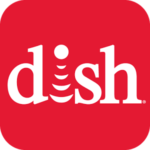 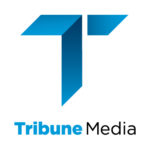 I guess the way we do things in Illinois is this: get into a disagreement, take your ball and go home and inconvenience everyone.

Chicago-based Tribune Media Sunday night yanked its signals from Echostar-owned Dish Network, based in Englewood, Colo., a suburb of Denver due to an inability to reach a new agreement. The signals were pulled at 7 p.m. ET, as advertised.

All Tribune stations (including WGN-TV in Chicago) and WGN America are off the satellite provider until further notice, with no new talks are scheduled. The blackout impacts Dish customers in nearly 40 percent of the country, affecting viewers from New York (WPIX) to Fort Smith, Ark. (KFSM).

Many Tribune stations are network affiliates, meaning Dish customers are missing some big events on Sunday night. For example, Indianapolis, Memphis, and Huntsville, Ala. viewers missed the Tony Awards. In Oklahoma City and Des Moines, viewers missed Game 6 of the Stanley Cup Final and the Pittsburgh Penguins clinching the championship. And if no deal is reached by Monday night, viewers in the Quad Cities market (west of Chicago) and New Orleans will not get the NBA Finals.

In Chicago, WGN has the rights to Wednesday’s Cubs-Nationals game.

The rhetoric has become similar – and at times even more nasty than the battle in Springfield pitting Governor Bruce Rauner and House Speaker Michael Madigan, resulting in no state budget for nearly a year. On Thursday, Tribune launched websites alerting Dish customers they could lose access to programming, with each website targeted to a different market using the same kind of template (dumpdish.com/wpix, ktla, wphl, etc.) and wording (“Dishgusting”). In Chicago, WGN warned Dish customers it could lose Cubs and White Sox games; local newscasts; and CW programming (until September, when the CW affiliation shifts to WPWR-Ch.50).

Some of the tweets complaining about the loss of their Tribune station seem to use a template of sorts:

Charlie Ergen pay your bills I paid mine @Dish forced KTLA 5 off my lineup. This is Dish’s 13th blackout in 3 years! #dishgusting #KeepKTLA

This isn’t right. @Dish forced KFSM Channel 5 off my lineup. This is Dish’s 13th blackout in 3 years! #dishgusting #KeepKFSM

This isn’t right. @Dish forced KSWB FOX 5 off my lineup. This is Dish’s 13th blackout in 3 years! #dishgusting #KeepKSWB

This comes as more and more cable and satellite operators are balking at paying increased retransmission fees to carry broadcast channels. In a recent meeting with FCC Chairman Tom Wheeler, Dish accused broadcasters of using viewers as “sacrificial pawns” in negotiations. The National Association of Broadcasters responded, saying Dish is the “ultimate regulatory profiteer” – the exact same quote Tribune used on its “Dump Dish” website. Dish and their hardball tactics have resulted in the operator responsible for most of the retrans blackouts.

Tribune has their own history of such tactics; the company had a retrans dispute with DirecTV in 2012.

Usually in these disputes, the channel being yanked from the system could stay on even after the deadline passes even with no deal as extensions are usually granted. But this time, Tribune stations went dark as advertised at 7 p.m. ET with no extension. While impasses like this are usually solved in a couple of days, given the ugly rhetoric we’ve seen between the two companies, there’s no telling when a deal would be done.