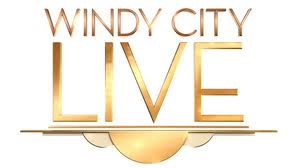 In a victory for local programming (and yet another defeat for syndicators), ABC-owned WLS-TV (ABC 7) announced Tuesday it was bringing back its 11 a.m. newscast after three years and moving current time slot occupant Windy City Live to 1 p.m. The move is effective June 27. No doubt the program is getting a vote of confidence despite a mixed ratings performance.

Windy City Live replaces the now-defunct FABLife, which temporarily displaces a Windy rebroadcast at midnight until September 9. In the interim, ABC 7 is adding same-day repeats of Windy on its 7.2 digital subchannel. This is the third time slot change for Windy in its five years in the air; the local talker moved from its original 9 a.m. time slot in 2013 to make room for Live With Kelly And Michael (now Live With Kelly.)

The announcement continues a trend of local stations across the country adding news whenever possible. In Los Angeles, ABC-owned KABC-TV recently added a 3 p.m. newscast, in the longtime slot of The Oprah Winfrey Show. NBC and Fox owned stations are also adding newscasts with WMAQ launching a 4 p.m. show this fall and WFLD launching a 5 p.m. news show next month. WGN-TV is also expanding its weekend morning newscasts this fall. 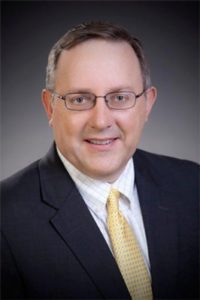 Tribune Media – you know the one who decided not to tent and to a stupid name…yet – has promoted WGN-TV general manager Greg Easterly as its new senior vice president of group operations, based in New York. He’ll also assume the duties of WPIX’s general manager on an interim basis, replacing Rich Granzino, who is leaving the company. Easterly came to WGN in 2013 from Tribune Fox affiliate WJW in Cleveland. During his tenure, he struck a New deal with the Chicago Cubs and added a 10 p.m. newscast.

Tribune’s president of broadcasting media Larry West is taking over Easterly’s position at WGN on an interim basis until a replacement an be found. Wert ran WMAQ for several years in the same capacity. Two weeks ago, WGN announced it was dropping its CW affiliation after a decade in order to go it alone as an independent station.

While the situation regarding when (or where) My Network TV programming would air in Chicago since WPWR is airing CW shows in primetime this fall, the programming service announced its 2016-17 season lineup, and it steers away from procedural shows toward younger-skewing off-network fare (bye Mentalist.)

The lineup featuring double-runs is as follows: Mondays features Law & Order: SVU from NBC Universal Television Distribution; Tuesdays features Bones from Twentieth Television; Wednesdays has the syndicated debut of Marvel’s Agents Of Shield from Disney-ABC Domestic Television; Thursdays has The X-Files from Twentieth Television, in a deal announced in February; and Fridays has American Ninja Warrior from NBCU. Warrior is clearly a departure from the procedurals MNT had been running. The schedule changes take place the week of Sept. 26. 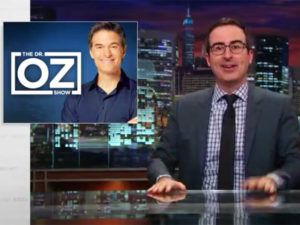 Sorry, John Oliver: Sony Pictures TV has renewed Dr. Oz for three more years through 2019 on the Fox-owned stations currently carrying the show, including Chicago’s. Despite being grilled in a Senate hearing – and by Last Week Tonight host John Oliver over weight-loss claims, viewers haven’t abandoned the TV doctor, with ratings for his show actually growing from last year (up 8 percent) and is up by even bigger percentages in New York. Fox’s renewal clears Dr. Oz in 32 percent of the country, including eight of the ten largest markets. So as a reminder:

In a recent op-ed for USA Today, the Rev. Jesse Jackson is taking on the set-top controversy – in the asinine way he only knows how. In the piece, the Rainbow/PUSH founder compared unlocking the box for third-party access to civil rights protesters being attacked by police dogs and fire hoses and the FCC to a 1960’s-era Southern Governor.

Championed by FCC Chairman Tom Wheeler, his proposal would unlock set-top boxes and make them available to third-party vendors such as Google, who could share consumers’ private information without consent and decrease the value of content. The plan has some diversity advocates and the Congressional Black Caucus concerned, fearing the plan could drive programming targeted to minorities off the air.

Yours truly wrote a recent piece stating opposition to the set-top box plan, saying it is unneeded as consumers are moving on from them and promotes piracy. Diversity issues have been front and center in the entertainment industry the last few years, particularly with the Oscars and television in general.

Oddly, Rev. Jackson’s objections to the plan puts him on the opposite side of President Obama, who endorsed the plan. Well known in these circles for his boycott of CBS-owned WBBM-TV 30 years ago, isn’t Rev. Jackson laying it on a little too thick? Yours truly agrees with Jackson (for once), but comparing it to the Civil Rights struggles of the 1960’s – Alabama Gov. George Wallace blocking the school doors and such – is a bit much. C’mon man!