This season is certainly one to forget for American Idol in the ratings department.

But its a different story altogether when it comes to African-American audiences. 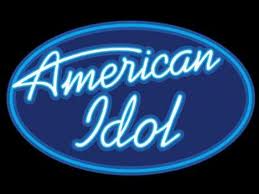 While ratings have declined significantly for Idol overall, the opposite is true among black viewers. In fact, most weeks, Idol is either ranked at or near the top in African-American homes.

According to Nielsen ratings obtained from Media Life Magazine for the week ending April 28, the Wednesday edition of American Idol earned a 10.3 rating in black households, up 37 percent from the April 25, 2012 airing, compared to an overall 7.6 household rating.

The Thursday edition of Idol was right behind with an 8.9 rating, up 45 percent from the April 26, 2012 airing, and ahead of the 7 household rating. Both editions of Idol are attracting nearly two million African-American viewers a week.

Idol finished behind ABC’s Thursday night drama Scandal, who finished on top with a 13.9 rating and 2.7 million viewers.

Though less pronounced now than it was during the UPN/WB era when shows featuring black casts dominated the ratings among African-Americans, the recent ratings data shows how segregated the television viewing audience still is as African-Americans long have had different viewing preferences than those of white viewers.

The surge in black viewers comes as American Idol’s ratings have nosedived this season in total viewers, declined significantly in all key demos, and took a beating on Internet sites and social media. Once unthinkable, Idol has been outdrawn at times this season by rival The Voice, Two And A Half Men, original and repeat episodes of The Big Bang Theory, Grey’s Anatomy, NCIS, cable’s Duck Dynasty and The Walking Dead, and locally, was even beaten by Wheel Of Fortune.

But even with the increase of black viewers, it was not enough to offset the massive losses Idol has posted this season in overall total viewers and in key demos. Reports were surfacing Monday about showrunner Nigel Lythgoe trying to woo Justin Bieber, Selena Gomez, Pink, and other big names as judges to the show next season (well, good luck with that.)

Meanwhile, Nick Cannon (Mariah Carey’s hubby) blamed Fox reality chief Mike Darnell for bring Manaj on the show in the first place, while a plot to replace Mimi with a returning Jennifer Lopez backfired when Carey threatened legal action (or in the words of Sally Brown from the Peanuts comic strip, “I’ll sue!”)

What’s worse, most people can’t even identify who the three finalists are. You know the show’s in trouble when more people can recognize recently fired CSN Chicago reporter Susannah Collins.

Its hard to believe, but at one time, Idol drew 30 million viewers per week. With the exception of host Ryan Seacrest, everyone associated with the show -judges, contestants, producers, and Fox personnel (those idiots especially), should share the blame for Idol’s complete embarrassment of a season. The best remedy at this point would be to get Chicago Blackhawks owner Rocky Wirtz to come in and fire everybody.