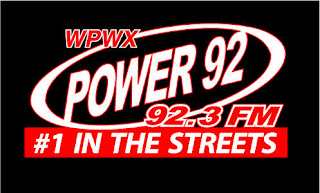 Sorry, you guys never really were.

It’s an all-local version of The Grab Bag! News and notes from Chicago media:

The shakeups are merely a cost-cutting move.

After nearly pulling even with WGCI in the ratings a little over two years ago, Power 92 has all but collapsed since. In the last PPM survey, WPWX ranked 28th in the 12+ numbers, while WGCI placed 11th. Despite this, all three of their daytime personalities did manage to ranked in the top 10 in the adults 18-34 demographic – but each still trailed WGCI. Whatever it is, it’s time to write off Power 92 as a lost cause, despite their self-proclaimed ranking as “#1 In The Streets”.

At this time, the station has no plans to change formats.

– Also exiting from radio – but on completely different terms – is James VanOdsol, who is leaving Alternative Rock WKQX-FM (Q101) to focus more on selling his new book Off The Record Collection: Riffs, Rants, and Writings About Rock. VanOdsol had been the hardest working man in Chicago radio – in addition to holding down weekend shifts at Q101, he also was an Affiliate Manager for Emmis Interactive during the  week (Emmis owns Q101 and WLUP-FM.) VanOdsol is also a rock music blogger.

A book release party is scheduled for June 24 from 7 to 10 p.m. at Challengers’ Comics + Conversation at 1845 N. Western in Chicago. He’ll be on hand to sign autographed copies of his book.

– Another shake up on Chicago’s media beat – but this time its good news: Chicago Tribune media columnist Phil Rosenthal is becoming the paper’s new business writer, beginning next week. Rosenthal will cover a wider aspect of the business world as opposed to the media business, which he has been writing about for the Tribune since April 2005. Rosenthal previously was the Sun-Times’ TV Critic and before that, he also wrote about sports and sports media for the Sun-Times.

The Tribune plans to make an announcement in the coming days regarding its media beat coverage. Congratulations to Phil Rosenthal on his new job!

Phil Rosenthal is not related to the Everybody Loves Raymond creator and producer of the same name.