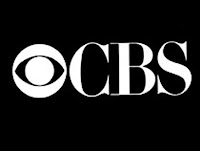 CBS – America’s Most Watched Network – except in the key 18-49 demo – unveiled its 2011-12 schedule Wednesday in an upfront presentation to advertisers in New York. The Tiffany network picked up five series for fall: three dramas and two comedies – and made sold bold scheduling moves, including… wait for it – an original series on Saturday!

The biggest change of course, is the addition of former That ’70’s Show star Ashton Kutcher to the cast of Two And A Half Men, replacing the departed Charlie Sheen. Creator Chuck Lorre is betting Kutcher would keep viewers tuned into the show – its ninth season – as the staff writes out the Charlie Harper character.

To make room for the new stuff, CBS canceled five series (none of which will be missed): Chaos, Defenders, Mad Love, $*!# My Dad Says (thank goodness I won’t have to type that title again) and recent midseason entry Suspect Behavior, a spin-off of Criminal Minds.

CBS is making some major moves this fall to solidify its already strong position – CSI is shifting out of its longtime Thursday night time slot to Wednesdays to make room for new for highly-touted J.J. Abrams crime drama Person Of Interest, starring Jim Caviezel. Meanwhile, The Good Wife is shifting to Sundays opposite Desperate Housewives and in its place on Tuesday is new drama Unforgettable, which is about a detective who has a pretty good memory. Another interesting shift is sitcom Rules of Engagement shifting to Saturdays – yes, Saturdays – marking the first time scripted originals have aired on CBS’ Saturday schedule since The District in 2005, and the first time a sitcom led off Saturday on CBS in nearly 20 years.

Other new series include new sitcom Two Broke Girls on Monday nights, which according to CBS, the highest tested pilot in the history of the network. The Big Bang Theory gets a new sitcom companion on Thursday nights with How To Be A Gentleman. And Fridays leads off with new drama A Gifted Man.

Don’t worry TV fans, The Church of Tisch will continue its reign as “America’s Most Watched Network”, at least in total viewers – but look for some hiccups in the road. The network may have a potential breakout hit in new comedy 2 Broke Girls – looks like a winner on Monday nights. Expect viewers to tune in out of curiosity to see how Ashton Kutcher fits in on Men – but it won’t be the same without Charlie Sheen and the ratings could reflect that. Meanwhile, look for CBS to continue its success on Tuesdays, with Unforgettable fitting in well with the NCIS pair.


Survivor’s new Redemption Island gimmick and bringing back two former players for another shot at a million was a creative flop – but the producers are sticking with it, not to mention more unbearable contestants like NaOnka and Phillip. It’s sad to see Survivor resorting to pathetic stunts to draw ratings. On the other hand, CSI’s move to Wednesday is a good move – let the aging procedural enjoy the rest of its life there.

New Thursday sitcom Gentlemen and Person of Interest might not match their predecessors’ year-ago time period averages. With Big Bang and The Mentalist down, this could potentially be a bump in the road for CBS. Friday starts off with new drama A Gifted Man (which will bomb), but CSI: NY and Blue Bloods should do decently well. Good Wife – already struggling in the 18-49 demo – is going to get smacked down by ABC’s Desperate Housewives head-to-head. Don’t be surprised if Good Wife is relocated in midseason.

Finally, the move of Rules of Engagement to Saturdays pretty much speaks for itself.

Did You Know? The last time CBS opened Saturday night with an sitcom was in September 1992 with Frannie’s Turn which was canceled after five weeks. So who was the mastermind behind this show? None other than Chuck Lorre.