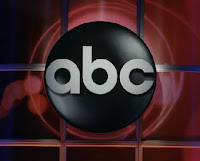 ABC released its 2011-12 season schedule this morning in advance of its upfront presentation to advertisers this afternoon in Manhattan with twelve new series. Seven of those premiere this fall, and the list includes the return of Tim Allen to the network and and also Charlie’s Angels, in a reboot of the late 1970’s series which was a huge part of ABC’s success back then. Can lightning strike twice?

There are several changes on the schedule, notably with the return of comedies on Tuesdays and a pair of new dramas on Sundays (Monday and Saturday nights remain unchanged.) Good Christian Belles is being held for midseason, as is Cougar Town, new comedies Apartment 23 and Work It, and Shonda Rhimes’ new drama Scandal, with Kerry Washington.

The new schedule is as follows (all times Central; new series in CAPS)

Tuesdays leads off with Tim Allen’s Last Man Standing followed by new sitcom Man Up. When Dancing is on hiatus, Cougar Town is expected to take over its time slot, along with another unspecified sitcom. Wednesdays feature new sitcom Suburgatory in between Middle and Modern Family, with new drama Revenge penciled in at 9 p.m. (CT).

Thursday starts off with the Charlie’s Angels remake, while Fridays are all-reality with relocated Extreme Makeover: Home Edition, followed by Shark Tank and 20/20. Finally on Sundays, aging Desperate Housewives is sandwiched in between two freshmen dramas: Once Upon A Time and Pan Am (yes, it is what you think it is – a show about a defunct airline.)

For detailed descriptions of each of the new fall and midseason series, click here.

Okay, what is this crap? ABC’s schedule is kind of meh – one that will likely keep it ahead of NBC – perhaps barely – but still behind CBS in the 18-49 demo. Mondays should keep ABC’s dominance intact, but NBC’s Sing-Off could put a dent in ABC’s armor, especially among younger viewers. Tuesday’s sitcoms don’t have a chance against CBS’ NCIS (should it stay in the time slot) or Glee – what is with all these 1990’s-like sitcoms? Tim Allen comes crawling back to TV since his film career stalled… wait, he had a film career? Wednesdays have new Suburgatory and returning Happy Endings on the half-hours – I foresee major holding-on-to-its-lead-in problems for both shows.

Thursday has two aging dramas in Grey’s Anatomy and Private Practice – look for more audience erosion, while Charlie’s Angels reboot has it s work cut out for it in a tough time period – this isn’t Hawaii Five-O. ABC should do well on Fridays and Saturdays (with college football). Sundays – forget about Once Upon A Time. And a drama set in the 1960’s about a now defunct airline company? Can’t wait for the new TV series about shenanigans at Beatrice Foods and animation house Filmation. If Pan Am doesn’t succeed, the show could be the target of some rather bad airline crash jokes.

One of the most-talked about pilots at the upfronts and Good Christian Belles is being held for midseason? Work It isn’t working it, please ditch this crap. Have a happy season stuck in a distant third place, ABC. You’d be in fourth place if it wasn’t for Dancing With The Stars. Network Entertainment President Paul Lee has became the new Limo-For-A-Lamo, in the proud tradition of Fred Silverman and Ben Silverman (no relation).

Did You Know? The original Charlie’s Angels contributed to ABC’s rise to the top in the 1976-77 season – the series’ first, finishing fifth for the season. But frequent cast changes over the years slowly eroded Angels‘ audience, and by 1980-81 – a season ABC finished a distant second behind CBS – the series fell to 47th place. The series also spawned two feature films in the 2000’s with Cameron Diaz, Drew Barrymore, and Lucy Liu in the leads. Can Charlie’s Angels help put this network on top like it did in 1976? I highly doubt it.