The Grab Bag: Ricki returns (and unfortunately, so does Paul Reiser)

Posted on April 21, 2011 by Terence Comments Off on The Grab Bag: Ricki returns (and unfortunately, so does Paul Reiser) 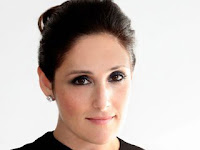 Twentieth’s game shows canceled, and other news of note

For the first time in a long time, it’s time for The Grab Bag – items not good enough for individual posts – but good enough to be written here:

– Ricki returns. In a report confirmed by B&C and TVNewscheck, Ricki Lake signed a deal with Twentieth Television to launch a new syndicated talk show for fall 2012. Her new show won’t be a rehash of her pioneering original show (which ran in syndication from 1993-2004) targeting young women, but one targeted to an older audience with issues concerning family, health, marriage, and parenting. The series could be a fit for Fox’s ten My Network TV stations, who some of them served as a launching base for Lake’s original show back in 1993 (including WPWR-TV here.) Lake was in negotiations two months ago with several syndicators to return to daytime.

– 5th Grader flunks out. Meanwhile, Twentieth has decided to part ways with Are You Smarter Than A Fifth Grader and Don’t Forget The Lyrics, with neither game show returning in syndication next season. While getting rid of Lyrics was a no-brainer (avg. 0.7 HH rating this season), 5th Grader’s cancellation did come as a bit of a surprise. After topping the now-canceled Deal or No Deal in the ratings last year, the numbers for 5th Grader dropped by half this season. With the dual cancellations, its 0-for-3 in the game show department for Twentieth – freshman game show strip Temptation folded at the conclusion of the 2007-08 season. Other overall syndicated game show failures in recent years include Merv Griffin’s Crosswords and Trivial Pursuit.

Unless the major networks schedules a pure game show in prime-time, there could be only five on broadcast television’s schedules this fall – Wheel of Fortune, Jeopardy, Family Feud, The Price Is Right, and Who Wants A Millionaire – the smallest number since at least 1998.

– The Paul Reiser Show bombs. Surprised? And speaking of “just one episode”, here’s a show that should’ve have been nuked after one episode. The premiere of NBC’s Thursday night comedy The Paul Reiser Show tanked with a 1.1 adult 18-49 rating, marking the lowest rated premiere for any show in NBC history – even lower than classic NBC gems Pink Lady and Jeff, The Waverly Wonders, and the debut of the XFL (which did a 9.5 HH rating in its February 3, 2001 debut.)

The premise? Paul Reiser plays himself in a Curb Your Enthusiasm clone where  he is a washed-up actor who needs to do something other than hang around the house, driving his wife and kids crazy – just like in real life, I guess. After seeing this abomination on Hulu recently, yours truly never the sitcom genre wouldn’t get as low as Secret Girlfriend or Sons of Tucson, but what do I know? But  I know Paul Reiser’s show is practically a shoo-in to get into The T Dog Media Blog Hall Of Shame – perhaps as soon as tomorrow.

– Mancow, Q101 settle. It took nearly four long years, but Mancow Mueller and his former employer (Emmis-owned WKQX-FM) finally reached a settlement last week. If you recall, Mueller was dropped from Q101 in 2006 after eight years, and sued the Alternative rocker for $6 million a year later. Terms of the settlement has not been disclosed. Mueller returned to local radio in 2008 as a 9-11 a.m. co-host with Pat Cassidy at WLS-AM, but was dropped after a year-and-a-half run. Mancow’s Morning Madhouse is still airing in radio syndication, but without a Chicago outlet.