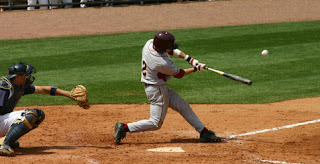 Mobbed. Someone in a certain publication tagged this as a “loser” on Friday. But here at The T Dog Media Blog, I’m declaring Howie Mandel’s reality special after American Idol a “winner” because a 3.8 adult 18-49 demo rating and 10 million viewers is too big to ignore – it’s a San Francisco Giants, World Series-like winning performance! (Okay, I’m stretching this a bit.) And because of this, Mobbed was picked up for eight episodes by Fox.

Survivor: Redemption Island. After last fall’s disastrous edition with annoying characters galore (especially delusional Dodger fan NaOnka), this current edition has been a joy to watch – especially the rivalry between Boston Rob and Crazy Phillip. Can Rob perform like his beloved Red Sox and win it all like they did in 2004 and 2007?

Svengoolie. Can you believe this? The shtick created by Jerry G. Bishop at WFLD-TV back in the 1970’s is going national as of this weekend as the character now played by Rich Koz debuts on Weigel’s Me-TV network, inserting the horror-movie host in a Saturday night 9 p.m. CT timeslot, with WCIU airing a repeat at noon the following Saturday. For the first few weeks, we’re treated to horror flicks from the Universal library (now controlled by Comcast-NBCUniversal.)


Swing and a miss.

Grey’s Anatomy. Musical episode + Grey’s = Jump the Shark. Oh wait, didn’t this show do that already? Like the Cubs, the explanation for this show’s continued popularity is a mystery to me.


Michael Cole and the WWE.What’s this? Lead play-by-play Raw announcer Michael Cole a WRESTLER? LOL. And he’s wrestling Jerry Lawler at Wrestlemania? Sounds like some lame April Fools’ joke, right? Wrong. My God, is the WWE THAT desperate for talent? Maybe it should look into purging the Cubs roster and personnel instead. Can’t wait for Len Kasper to make his wrestling debut – at least he has more talent than Cole. (Sidenote: In a real-life twist, Cole was recently reprimanded by WWE for tweeting a homophobic slur against fellow WWE announcer Josh Mathews “in character”. Once again, the WWE has trouble distinguishing its storylines from real-life events involving its personnel.)

NewsFix. Former Tribune “Chief Innovation Officer” Lee Abrams wanted to re-invent the newscast for the 21st century and this is what he came up with – a cross between TMZ and… something else, and it debuted on CW affiliate KIAH-TV in Houston on March 25. (Click here for a sneak peek and to see more of this debauchery, visit www.39online.com.) Talk about striking out with the bases loaded… Finally, a news product that makes WFLD’s look like Emmy-winning material by comparison. If people in Houston want to see something really bad, they can watch an Astros game.