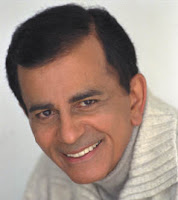 Casey is counting them down again – only this time in rerun form.

As reported by Robert Feder on his blog at Time Out Chicago Wednesday, WLS-FM will begin running Casey Kasem’s American Top 40: The ’70’s on Sunday mornings from 7 to 10 a.m. from Premiere Radio Networks, effective this weekend. The countdowns are primarily from 1970 (when the show began) to 1978.

The move is a reunion of sorts between the show and the WLS brand – WLS-AM carried the original version of American Top 40 from April 1982 to June 1987, and moved to sister station WYTZ-FM where it ran from June 1987 to October 1991, when WYTZ gave up its Top 40 format to go all-talk. In August 1988, Casey Kasem left AT40 to start a rival countdown show with Westwood One while AT 40 replaced him with Los Angeles radio personality and Hollywood Squares announcer Shadoe Stevens. AT 40 closed in January 1995, but returned in 1998 with Kasem back at the mic. In 2004, Kasem stepped down from AT 40 to focus more on the Adult Contemporary versions of the series. Both ended in July 2009 with Kasem’s retirement.

In 2001, WZZN-FM carried American Top 40 Flashback, which were basically reruns of 1980’s countdowns.

Premiere stopped syndicating Flashback at the end of 2002, but returned syndicating the original American Top 40 countdowns though XM Radio (now Sirius/XM) beginning in 2006 with both the seventies and eighties version. Currently, only the seventies version is on Sirius/XM while both versions are syndicated to radio stations nationwide.

As for WLS-FM,  the addition of American Top 40: The ’70’s is part of a schedule realignment, which includes more live and local jocks in weekend dayparts (always a good thing.)

The announcement has no effect on the current version of American Top 40, hosted by Ryan Seacrest on WKSC-FM and is also syndicated by Premiere. In July 2010, the countdown celebrated its 40th anniversary on the air.

Fact: In case you’re wondering, WLS-FM, WZZN and WYTZ were all on the same frequency – 94.7, which went under a lot of call letter and format changes from 1978 to 2005. ABC, which at one time syndicated American Top 40, owned the station until 2006 when the frequency and WLS-AM were bought by Citadel, which is being acquired by Cumulus.