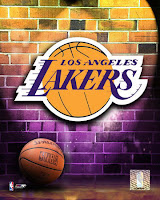 The NBA’s Los Angeles Lakers signed a new superstar Monday to a 20 year deal – and it’s not an athlete.

The “star” is Time Warner Cable, who announced Monday it has signed a 20-year deal with the Lakers to broadcast all non-national televised games on not one, but two regional sports networks it is planning for 2012.

The first RSN Time Warner Cable network is an English-language channel featuring Lakers games televised in high-definition as a centerpiece with pre-and post-game shows, interactive content, behind-the-scenes programming and classic games. The network is being made available on all systems (cable and satellite) in Southern California, plus Laker-fan hotbeds in  Nevada and Hawaii.

The second channel planned is a Spanish language RSN – it will produce games in Spanish and in high def. The move makes sense, given the Los Angeles market is 40 percent Hispanic. The planned channel would become the first Spanish language regional sports channel in the United States (In Quebec, there is an French-language sports channel named Reseau des Sports, or RDS, and they are the exclusive home of all French-language Montreal Canadiens telecasts.)

Time Warner Cable’s deal effectively ends the long relationship the Lakers had with Fox Sports Net and CBS-owned independent KCAL-TV. Lakers’ home games have been a staple of Fox Sports West dating back to the Prime Ticket days, a RSN founded in 1985 by Lakers owner Jerry Buss and became Fox Sports West in 1996 after Prime Ticket was purchased by News Corporation (the Prime Ticket name is still in use for Fox’s second sports channel in Los Angeles.)

KCAL has been broadcasting Lakers’ road games since November 1977 (when the station was known as KHJ-TV. It became KCAL in 1989 after being purchased by The Walt Disney Co.) The loss is a huge blow for KCAL, since Lakers games are among the highest-rated fare on the station. The departure also continues a trend of local sporting rights leaving over-the-air broadcast stations for cable (WGN here carries 25 Bulls games a year, while New York’s WWOR-TV carries a handful for New Jersey Nets produced by the YES network.)

Ironically, Time Warner Cable is owned by shareholders of the company, and not by the big media conglomerate its named after (it was spun off from Time Warner in 2008.)

But don’t feel bad for Fox Sports West for losing the Lakers… they still have rights to their crosshall rivals – um, the Los Angeles Clippers.