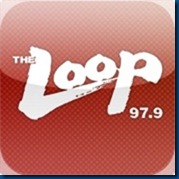 Emmis-owned WLUP-FM (The Loop, 97.9) announced Saturday it was making a format adjustment to its playlist, dropping all current and most recent rock titles and playing classic rock from the 1970’s and 1980’s exclusively.

The adjustment puts the station in direct competition with Bonneville-owned WDRV/WWDV-FM (The Drive, 97.1), which it and two other stations were sold this week to Minneapolis-based Hubbard Broadcasting. Also, the adjustment was made to avoid playing the same titles as sister station WKQX-FM, or Q101, which has played alternative/modern rock music since 1992.

The station is also looking to put the nail in the coffin to CBS-owned WJMK-FM (Jack FM, 104.3), which plays some classic rock from the 1970’s through the 1990’s. WJMK has continued to underperform and is rumored to flip formats this year.

On January 19th between 7 and 10 pm, WLUP played current and more recent songs from Metallica, Nickelback, Pearl Jam, and Nirvana mixed in with classic rock artists Boston, Jimi Hendrix, Van Halen and Led Zeppelin, according to the song logs at Yes.com.

As of today, those alternative/grunge artists were eliminated and songs from The Cars, CCR, Pat Benetar, The J. Geils Band, Grand Funk Railroad, and The Doobie Brothers (yes, The Doobie Brothers) were added, also according to the song logs at Yes.

WLUP let listeners of the changes Saturday morning via Twitter and Facebook, where listener reaction has been mixed.  And the station has also changed its tagline from “Chicago’s Rock Station” to “Chicago’s Classic Rock Station”.

Whether this will help WLUP in the ratings remains to be seen. The station finished nineteenth in the most recent overall PPM survey while finishing only seventeenth among adults 25-54, according to an article in Chicagoland Radio & Media. In comparison, WDRV has ranked in the top five in the key demo.

The move comes as Emmis plans to sell both underperforming radio stations it owns.

Ironically, both WLUP and WDRV were once sister stations. Bonneville purchased WLUP in 1997 after former owner Evergreen Media was forced to divest the station after the company was bought out by Chancellor Media (which became AM/FM Radio, Inc. and was bought by Clear Channel Communications.) In 2000, Bonneville purchased former classical station WNIB and flipped it to classic rock and changed the call letters to WDRV in 2001. In a strategic move, Bonneville unloaded WLUP to Emmis in 2004, who paired it up with WKQX, which it has owned since 1988.