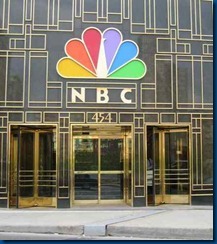 Last year at this time, the NBC Television Critics Association Press Tour presentation was played amidst the backdrop of the Jay Leno-Conan O’Brien late-night mess. This year, there’s no such drama. But NBC’s presentation on Thursday did generate interest nevertheless, with panels on several new mid-season shows, including The Cape and Harry’s Law. But what was also absent was an executive session, since the Comcast-NBC merger has still not been finalized. So let’s get into the shows (NBC’s cable  programming will be covered in the next post.)

The premise is a cop gets framed for the murder of a big-city police chief; so he gets a job at a private security firm and takes the guise of his son’s favorite comic-book character. According to series creator Tom Wheeler, his new series in character-driven and would experience different kinds of tones, from science-fiction to crime-drama. The series’ first two episodes debuted on January 9 with 8 million viewers and is scheduled to run Monday nights. This is what Wheeler said, according to Marc Berman at  PIFeedback.com: “We are beginning to see that we can capture different tones. Like one episode can have sort of a science fiction feel to it. We just finished shooting a two-part episode that has a very gothic, frightening kind of energy, I mean, truly frightening. And I love that. I love the ability to tell a story that’s a crime story in the city, but then that’s what’s great, the latitude of storytelling. So we’re going to have fun, but it’s emotionally grounded. You know, it’s character-driven.”

Unfortunately, The Cape was way too campy and featured a lot – and I mean a lot of cartoonish violence. The characters (except for Summer Glau’s) were clichés (do you love clown robbers?), the plots were inconsistent, the story structure weak, and the dialogue was just flat out terrible. This series is basically a throwback from the Batman TV series from 45 years ago. But even Batman has matured – look at any of the feature films, especially The Dark Knight, which featured great storytelling. This series is not really much different from the last few seasons of Heroes, and you know that’s not a compliment.

And as for The Cape being a character-driven series? The characters in the show are much like the Mayhem guy in those Allstate commercials – they make you want to drive your car into a ditch.

This sitcom follows the trials and tribulations of three couples as they search for the perfect relationship, from Seinfeld producer Andy Ackerman, who is the showrunner. NBC plans to air this series at 7:30 p.m. Thursday nights, opposite American Idol and Wipeout, where Couples will certainly get wiped out by this competition.

Dumb premise, dumb show. Who keeps coming up with this crap?

And speaking of which, this new series from David E. Kelley – yes another legal drama – features Kathy Bates as a grumpy lawyer who loses her job and teams up with a hot, young annoying lawyer at a new law firm. Kelley says he’s just glad he’s back on TV with another law drama – despite the objection from his children. From the LA Times: “It was a question raised by own kids — ‘Dad, please, not another law show. But I found that I did miss getting into some of the topics. I also found that the economic times had changed so dramatically that I would like to give a voice to that. I’ll be happy to get a series back on the air. I’m getting a little squirrely not having one to write. I particularly wanted to get my hands on topical subject matter again. I’m happy to be back and I’m hoping the show allows us to do that.” The series premieres Monday night Jan. 17 at 9 p.m. where it’ll face off against Hawaii Five-O on CBS and Castle on ABC.

Yours truly has never been a fan of David E. Kelley’s work, and this series is really no different than any of his other overrated shows. Maybe you should’ve listened to your kids, Mr. Kelley.

It’s 0-for 3 for NBC midseason as with football gone from the network until next fall, it’s back to the cellar for the peacock.

– NBC announced at the tour that Steve Carrell will depart The Office earlier than expected. Carrell (who played the boss on the show) is expected to depart the series with just before the May sweeps period, while those remaining episodes will deal with find his replacement.

– Other NBC panels at TCA included Community, where creator Dan Harmon said an entire episode where the gang plays the ultimate geek game – Dungeons & Dragons – is in the works… The insufferable Marriage Ref (the worst show of 2010 and future T Dog Media Blog TV Hall of Shame inductee) also held a panel at TCA and is returning March 6 with new changes – among them the bickering couple will now be in the studio and the studio audience votes for a winner. Can’t we have a vote to cancel this stupid show instead? … Though technically not a TCA item, Donald Trump unveiled his cast for Celebrity Apprentice this past week on Late Night with Jimmy Fallon… to see who made the cut, click here.