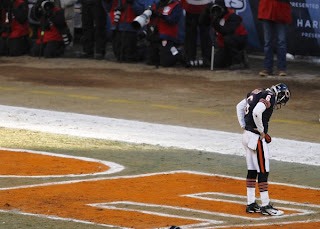 The Packers went to the Super Bowl and the Bears went home with a quarterback who has an iffy knee who gets blasted on Twitter while Chicago’s long-time rocker thinks you’re not getting enough Steve Miller Band in your listening diet. Yep, this week that was in the world of media:

NATPE’s comeback – of sorts. The 47th annual gathering was a surprise hit in its new home in Miami Beach, with attendance up from last year’s gathering in Las Vegas. However, attendees complained about long elevator waits (some were up to an hour!) at the Foutainebleau Hotel to the suites, making a lot of people think the elevators in the building were run by the Chicago Transit Authority.

The NFL on Fox and CBS. The Bears didn’t win, but Fox and CBS certainly did on Sunday with both the AFC and NFC Championship Games drawing more than 50 million viewers, setting the stage for a Super Bowl that could possibly top the all-time viewing record of 106.5 million viewers which was set last year by – Super Bowl XLIV.

The Fly Jock returns to New York. After a nearly eight-year absence, The Tom Joyner Morning Show returns to the Big Apple on Emmis’ WRKS-FM – a huge boost given New York City is home to the nation’s largest African-American population and the #1 media market overall. He replaces D.L. Hughley’s (The Hughleys) morning show on the Urban AC station – who ironically is also a contributor to Joyner’s morning show.

The Loop.  We got rid of those pesky “newer” and “harder” acts like Ozzy Osbourne, Metallica, and Stone Temple Pilots. Now were the home of Journey, The Steve Miller Band, Def Leppard, Boston, and Van Halen songs ten times a day! It’s classic rock you CAN get anywhere else – especially when you’re shopping at the store – and you CAN get the same stuff right here on The Loop. Coming up next – we’re playing “Rock of Ages” – again!

NFL players too loose with mouths on Twitter. OMG! So when Jay Cutler had to sit out in the second half with an injury, many former and current NFL players took notice –on Twitter. LOL. Meanwhile, a New York Jets player (Oney Guillen… whoops, I meant Antonio Cromatie) took to Twitter to rip Seattle’s quarterback regarding the impending lockout. Hey overpaid millionaires – here’s something you should do in 140 characters or less – STFU.

Hulu. The once-promising way to watch TV shows online may have come a victim of its own success as partners NBC Universal (recently acquired by Comcast), Disney, and Fox’s News Corp. are bending over backwards not to offend each other as paid streaming services such as Netflix is beginning to take its toll. Which basically means, the free online ride for Hulu (and even Hulu Plus) viewers may soon be over.