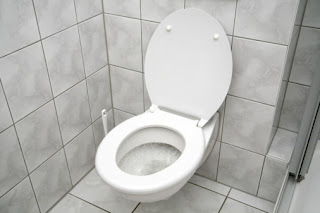 And other misfires of note

What were the worst programs of 2010? They’re all below – and most are future T Dog Media Blog TV Hall of Shame nominees (one is already a member.:) Just don’t forget to flush twice…


1. The Marriage Ref (NBC). An “A-list project” from Jerry Seinfeld turned out to be one of those D-level programs you stumbled upon at 2 O’Clock in the afternoon in 2001 (remember Rende-View and Shipmates, anyone?) Only the idiots at NBC would green-light something so banal in primetime.

4. Scooby-Doo, Mystery Incorporated (Cartoon Network). The story arc isn’t bad, but Shaggy and Velma dating with Scooby jealous? Daphne trying to get Fred into the sack? Velma making Shaggy choose between his dog and her? Look, some plots in fan fiction should stay in fan fiction. This latest incarnation of the venerable franchise is nothing more than a dumb Gossip Girl/90210-like soap opera.

5. Minute to Win It. (NBC) Beat the Clock + Double Dare + Deal or No Deal + Millionaire = a really, really bland and unoriginal game show.

6. Monsters and Money in the Morning. (WBBM/CBS 2) The pairing of former sports radio talkers Mike North and Dan Jiggetts with financial experts Terry Savage and Dan Hedgeus was destined to fail since day one, not even meeting its low expectations.

7. The Decision (ESPN). Oh, LeBum James. You and The Worldwide Leader in BS concocted this one-hour primetime special last summer to announce you’re leaving the Cleveland Cavilers to join the Miami Heat, making this an “event”. Pathetic.

8. The Hasselhoffs (A&E) This monstrosity lasted all of two episodes before getting canned by A&E, making this the shortest-lived series in cable television history, premium or basic.

9.  Sons of Tucson (Fox.) Three children hire a low-level sporting goods store employee to be their “father”. Since he wasn’t up to the task, I’m certain the kids demoted him to “uncle”.

10. Are We There Yet? (TBS). Viewers who watched this crap sitcom usually ask this question in regards to when the laughs are coming.

Scrubbing the toilets – other flushworthy items of 2010

PEOPLE DON’T KNOW WHAT YOU DO FOR A LIVING AND YOU CAN STILL LAND A TV SHOW: America, meet the Kardashians…

WE’RE SO USED TO THIS: This spring’s Bachelor dropped its 14th in a row when it comes to playing the game of trying to get a couple to marry. This time, it’s Jake and Vienna who became America’s new couple to hate for at least 20 minutes as their ugly breakup is now the stuff of legends.

THIS CUP MIGHT LEAK: The Chicago Cubs and Chicago White Sox played for the BP Cup during their interleague series this year. If the series had ended in a tie, the cup would have been awarded to the Los Angeles Clippers.

OPRAH MIGHT NOT HAVE THE MAGIC TOUCH AFTER ALL: Another Oprah protégé gets a talk show – this time its Nate Berkus, Ms. Winfrey’s interior designer. But with disappointing ratings thus far, maybe he needs to redesign his talk show.

TRIB EMBARRASSMENT ROLL CALL: During the Stanley Cup Finals, The Chicago Tribune’s sports section featured a front-page photo of Philadelphia Flyers’ Chris Pronger as “Crissy Pronger” and photoshopped him in a skirt. Just one of the many embarrassments under the now-defunct reign of Randy “Court Jester” Michaels, which included rowdy late-night poker parties at the Tribune Tower and Chief Innovation Officer Lee Abrams sending out racy e-mails to employees.

CENSORSHIP CENTRAL: After threats were made to Comedy Central regarding the appearance of Muhammad on the 200th and 201st episodes of South Park, Comedy Central heavily edited the conclusion of the two-part episode and then decided to shelve all future airings – and that includes the availability of the episodes online, iTunes, and DVDs. If you want to see 200 and 201, you’ll have to go the bootleg (Bit Torrent) route.

THE BALCONY IS CLOSED. Disney-ABC Domestic Television Distribution unceremoniously canceled At The Movies in August after a 35 year-run. The series started in 1975 as Coming Soon To A Theater Near You featuring film critics Gene Siskel and Roger Ebert on public television. The good news is Ebert is coming back with a new film-review show this January on PBS.

OFF-NETWORK HAVING AN OFF-SEASON: All four new off-network sitcoms in syndication this season – Curb Your Enthusiasm, Entourage, How I Met Your Mother, and The New Adventures of Old Christine – debuted to weak ratings in broadcast syndication, an unprecedented feat as since in the past, at least one off-net sitcom performed well in its freshmen  season In syndication.

VILLAIN OF THE YEAR: Gee, there are so many… but yours truly will pick NaOnka from the most recent edition of Survivor, who she and another contestant left the competition before its conclusion before causing so much aggravation. Her next ambition should be running for political office in Los Angeles or even here in Chicago – she certainly has the nastiness for it and she is no different from the idiot pols who already hold or plan on running for office. But she’ll likely quit the race before the primaries are even held.

And we may have our first item for 2011’s worst list: Bob’s Burgers premieres January 9 on Fox.