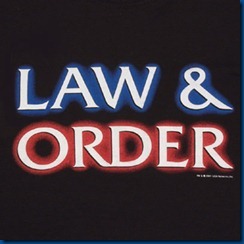 WPWR picks up series to air on weekends

Television’s longest-running crime drama will now be made available in broadcast syndication for the first time (and about time!)

Fox’s duopoly of WFLD and WPWR acquired the rights to broadcast the original Law & Order on weekends in a deal with NBC Universal Television Distribution for Fall 2011. My Network TV affiliate WPWR is likely to air Law & Order since the station is already home to its spinoffs, Law & Order: SVU (which is on the station’s weeknight schedule) and Law & Order: Criminal Intent, which airs Monday nights on My Network TV, which is now a programming service.

Law & Order also cleared Fox duops in New York and Los Angeles, and is likely to air on Fox’s MNT affiliates (WWOR and KCOP, respectively) as well. Other clearances include CBS duopolies in Philadelphia and Boston; Fox affiliate KTVU in San Francisco; NBC affiliate WPXI in Pittsburgh; and Fox affiliate WSVN-TV in Miami, which helps put the tally at 80 percent of households across the U.S.

In 1994, TNT added repeats of Law & Order to its weekday lineup.

In 2006, NBC Universal made Law & Order: Criminal Intent available in broadcast syndication as a strip, marking the first time a off-network drama had been sold in this manner in many years.

With the original Law & Order now on board, this marks the first time all three series will air in broadcast syndication at the same time.