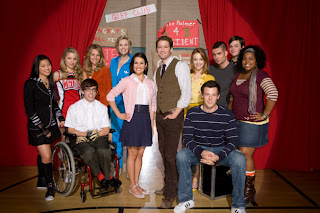 – The new fall season is underway, and here’s the storylines so far… Dancing With The Stars and Glee are in peak form; Hawaii Five-O had a successful debut; Mike & Molly was amply sampled; and all of Fox’s new shows (Lonestar, Raising Hope, and Running Wilde) were left at the starting gate.

Raising Hope and Running Wilde by far the worst new sitcoms of the year, though not as bad as Comedy Central’s Secret Girlfriend, which was canceled after six episodes in 2009. Hope and Wilde might not even make it that far…

– DC Entertainment announced Tuesday the move of their business operations related to multimedia, digital content, film and television to Warner Bros. offices in 2011 in beautiful Downtown Burbank, Calif. (DC Comics and Warner Bros. are owned by Time Warner.) DC Comics is the home of Batman, Aquaman, Superman, and Wonder Woman. The comic book operations are staying in New York.

– Three more syndicated strips debuted this past Monday, and of those three, Judge Karen’s Court scored the highest rating with a huge 0.7, topping Twentieth’s Don’t Forget The Lyrics (0.5) and Entertainment Studio’s America’s Court (0.3) Both America’s Court and Karen’s Court are airing locally on WCIU at 3 a.m. and 4 a.m. respectively. As you may recall (or not), Judge Karen had a syndicated strip during the 2008-09 season via Sony, but was canceled too quickly.

Two other new syndicated strips also premiered Monday, albeit with a limited rollout – Tyler Perry’s Meet the Browns and Gossip Queens, but ratings for Monday premieres were not available. Both shows also air locally on WCIU.

-The Parents Television Council is now taking their campaign against CBS’ William Shatner vechicle $#!* My Dad Says to the local level: The organization is asking viewers to contact their local affiliate and ask them not to air the show, and if they do, list the  local advertisers who bought time (of course, they’re whining about the title.)

But it won’t work in Chicago, since few viewers watch the local affiliate of The Church of Tisch anyway. In fact, so few watch that some Chicagoans think Shatner is co-anchoring the 6 pm newscast with Walter Jacobson.

– The Chicago Tribune and Second City are teaming up to present “Chicago Live!”, a six-week showcase taking place in the basement of Chicago Theater. it’s sort of a local Saturday Night Live – topical sketches performed by Second City performers along with musical performers. The show is being taped to air on Tribune’s WGN-AM Friday nights at 11 p.m.  Tickets are $25 each.

Nothing against Second City, but why would anyone pay $25 to see this farce put on by the Tribune? If you want to see something genuinely unfunny, you can stay home and watch Raising Hope, Running Wilde, and William Shatner’s new sitcom for free.