Analysis: The real winners and losers in the CoCo lottery

Posted on April 17, 2010 by Terence Comments Off on Analysis: The real winners and losers in the CoCo lottery 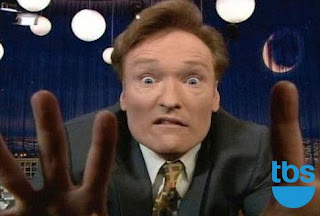 The drawing in the Conan O’Brien lottery took place Monday, and it was Turner Broadcasting who turned up the lucky winner.

So what does TBS actually win? Young demos. A proven name. An increased profile. And a new car – advertiser or two.

But it seems a lot of players in this saga appear to winners – TBS, Conan O’Brien, Fox affiliates, advertisers, even George Lopez.

In fact, the only viable loser here is the Fox network – whose pussy-footing around cost them a chance to develop a late-night franchise. Facing defiant affiliates – something the network has never really experienced in its 23-year history – a deal to land O’Brien was never going to get done.

So without further to do, here’s the final scorecard in the Conan O’Brien saga:

Conan O’Brien. No doubt he’s a winner here – while he doesn’t go to a broadcast network, having 100 percent ownership stake in his show and more free reign on a cable network – is more than a worthy tradeoff. His five-year deal with Turner also includes first look at any projects O’Brien has through his Conaco production company. This is a great move by both parties – Conan and TBS are a perfect fit.

TBS. A major winner here: With Conan O’Brien coming on board, the channel once known for ad-nauseam reruns of Leave It To Beaver and The Andy Griffith Show has now raised its profile among viewers and advertisers tremendously.

Cable TV. This deal more than proves of cable competing with the broadcast networks for top-notch talent and high-profile programming. The playing field has changed, and its shifting to cable’s favor.

Fox affiliates (except WFLD.) Lukewarm to any deal – and the fact O’Brien was not able to draw viewers to the Tonight Show once Leno departed (and even more so when Leno returned), Fox affiliates get to keep their off-network sitcoms and local news, which generate revenues for those outlets -at least in the short term. Fox affiliates also proved they have tremendous clout – something they didn’t have when they were Chevy Chase was shoved down their throats in 1993. Fox affiliates just flat out said they did not want O’Brien’s show.

In an informal poll of Fox affiliate GMs at a gathering at the National Association of Broadcasters show this week, someone asked them if they should get O’Brien to negotiate with them again. Only two people raised their hand (was one of them WFLD’s general manager?)

Syndicators. Already battling to keep time periods from local news expansion and infomercials, Conan’s defection to cable means they don’t have to worry about losing an hour to Fox, which could’ve hurt their already struggling business even more.

Jon Stewart and Stephen Colbert. While a little competition from Conan O’Brien wouldn’t hurt, both faux-news personalities are going to have to step it up big time to keep their audience from defecting to the red-haired one.

Local news. While local news may not be affected all that much by O’Brien cable presence at least in the short term, late local news – known more these days for shootings, murders, fires, accidents, and other mayhem – are now going to find it even harder to attract younger viewers to their late newscasts. While still a potent moneymaker, local news’ failure to attract the next generation of viewers is going to threaten the model in the long run as more and more markets get measured for LPMs (local people meters) and local news will skew even more older.

Fox. The network once known for taking chances to build their network (think snaring the NFL from CBS) played it safe here, and it cost them. And the next day, Fox’s My Network TV lost Friday Night Smackdown to NBC-owned cabler SyFy. Two losses in two days – unusual for a network and its owner (Rupert Murdoch) who usually gets his way when he wants. Not this time.

Broadcast TV. The networks still have hits like Dancing With The Stars and American Idol on their schedules. But with the loss of high-profile talent like Conan O’Brien, Martha Stewart, Oprah Winfrey and events like the BCS Bowl games, The British Open, most NBA playoff games, and now possibly the entire NCAA Basketball Tournament, it proves cable is now tougher to compete against – in acquiring and keeping top-notch programming, since it has one thing broadcasters do not – a dual revenue stream, coming from advertising and MSO fees (from Comcast, Charter, Time Warner, RCN, etc…)

WFLD. Unlike other Fox affiliates, struggling Fox-owned WFLD-TV actually had the room – the only sitcom pickup they had for this fall was How I Met Your Mother, not to mention plenty of room on its sister station WPWR-TV. But now they will likely continue running low-rated TMZ and Wendy Williams repeats from earlier in the day in late fringe while its New York (WNYW) and Los Angeles (KTTV) counterparts will run 30 Rock repeats at 11 p.m. come fall of 2011 (30 Rock was purchased locally by WGN-TV here.)

George Lopez. Believe it or not, he’s a winner here – despite the fact his late-night show is going to be pushed back an hour. With O’Brien as his lead-in, Lopez Tonight could draw more viewers than it does now and would get increased exposure.

Conan fans who don’t have cable or satellite. Remember the 1-800-CABLE-ME jingle? Commit it to memory and let your fingers do the walking over to the phone if you want to see CoCo this fall (a call to your satellite provider will do just as good – in fact, even better.)