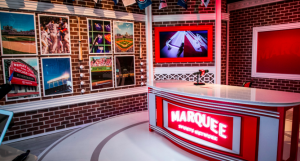 The new Marquee Sports Network’s fortunes seems to ebb and flow with the Cubs’ performance, and with two consecutive losing seasons, ratings are down. But the picture may not be what it seems.

According to a Chicago Tribune report Friday, the regional sports network – run as a joint venture between the Chicago Cubs and Sinclair Broadcasting, saw ratings decline 56 percent over the last two years with this season’s Cubs games averaging a 1.5 Nielsen household rating in 2022 for Cubs games.

But revenues tell a different story: the Cubs are actually earning more than $90 million in rights fees from Marquee, up from the $60 million they received from previous rights holders NBC Sports Chicago, ABC-owned WLS-TV and WGN-TV, then owned by Tribune Co. Cable networks receive revenue from dual sources – from advertising and the franchise fees paid by cable and satellite operators.

In its inaugural season – one affected by the pandemic leading to an abbreviated MLB season and the absence of fans in the stands, Marquee earned a 3.6 Nielsen HH rating for Cubs telecasts at a time when the team won their division and made the playoffs. But their less-than-stellar 2021 season – with a return of fans amid the departure of star players, saw a 41 percent drop and eroded 25 percent more in 2022 even though the team did have a strong second-half of the season. Even with this low number, the Cubs’ ratings are on par with what most entertainment programming earns in the Chicago market.

Certainly, Marquee has weathered the brewing storm of cord-cutting, general problems with RSNs, and declining linear TV trends better than others in part thanks to Chicago being a strong sports town full of loyal fans and viewers. “I look at it as a television network with a guaranteed hit show, which is the Cubs game,” Marquee general manager Mike McCarthy told the Tribune. “A lot of TV networks would be very envious of a starter kit like that.”

Marquee’s short time on this planet has been bumpy, with a botched launch and a recent controversy over transparency – not to mention continued baggage with Sinclair, known for right-leaning newscasts and ties to former President Donald Trump. Outside of Cubs content, Marquee also airs Chicago Sky WNBA games, college football and college basketball. 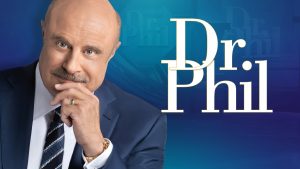 In a damning report, Media Matters is calling out right-wing propaganda in an unlikely place: a daytime TV talk show as it looks like the spirit of Morton Downey Jr. has seeped into Dr. Phil McGraw’s body.

The left-leaning website this week found CBS Media Ventures’ Dr. Phil regularly features guests who are far to the right, including anti-abortion and anti-transgender activists and those who have a problem with critical race theory.

After dabbling in conservative-fueled topics in the last few years, the program went all-in this season with the first five weeks consisting of culture war issues such as abortion, transgender identity, cultural appropriation, cancel culture, and Florida’s “Don’t Say Gay” law. Personalities appearing include Fox News’ Tomi Lahren and other conservative figures. When the topics are presented, they’re usually from the conservative point of view, with very little pushback from the host who on occasion, agrees with the guests.

Other controversial figures have also appeared in the past including far-right figures Ben Shapiro and Andy Ngo.

Controversial topics and guests on daytime talk shows aren’t new; they were present during the days of Phil Donahue, Oprah Winfrey (whose show spun-off Dr. Phil), Sally Jessy Raphael, and of course, Downey, Jerry Springer, and Geraldo Rivera, whose show had an infamous brawl between skinheads and anti-racism guests in a November 1988 episode.

Downey would verbally attack guests on his show, usually liberals. All of these hosts (with the exception of Springer, who would have his own talk show controversies a decade later) made headlines in the late 1980s as they were accused of peddling “trash TV’, especially Rivera and Downey as advertisers rebelled and the shows were forced to clean up their acts – that is, until the label resurfaced again in the mid-1990s, with the advent of Springer, Ricki Lake, and Jenny Jones, where a guest murdered another after appearing on her show.

Over the years, daytime talk has drifted toward more celebrity-driven and advertiser-friendly programs (such as Kelly Clarkson, Jennifer Hudson, etc.) as Springer and Maury Povich each retired leaving The Steve Wilkos Show, and the new Karamo, as anything resembling  controversial talkers, whose topics are mainly relationship-driven.

The allegations come as no surprise if you have followed Dr. Phil over the years. In February, several current and former staffers of the show claimed his work environment fostered “fear, intimidation, and racism” and experienced verbal abuse, according to Buzzfeed. The program’s production company (Stage 29) was also accused of racism in a lawsuit filed by Chicago doctor Ian K. Smith, who was fired from The Doctors and replaced by Andrew Ordon. The Doctors was canceled in May after fourteen seasons. A lawsuit brought against the show by a teen guest who alleged she was sexually harassed at a Utah troubled teens camp featured on the show in October 2019 was recently dismissed and is now seeking.

So far, Dr. Phil becoming Downey Lite haven’t affected the ratings or have concerned advertisers. In the last ratings report, Dr. Phil ranked only behind Disney’s Live With Kelly and Ryan for top-rated syndicated talk show in households and among women 25-54 and well ahead of others in the category, though Phil has often topped this category in the last decade or so since Winfrey retired. Numerous stations use Dr. Phil as an afternoon news lead-in, including CBS 2 in Chicago, who airs the show at 3 p.m. weekdays.

Contracts are up for Phil after this current season, but the show is expected to be renewed for several more years – unless he goes into politics like another Oprah Winfrey protégé did… 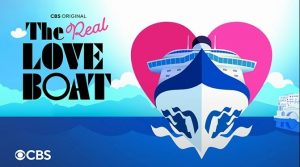 The boat has sunk: CBS has pulled the plug on reality-competition series The Real Love Boat after four episodes – becoming the first casualty of the fall season, leaving Paramount Plus as the sole platform to air the series. The show debuted on October 5 on CBS and the following day on the streaming service.

The program was based on the 1977-86 ABC Saturday night scripted comedy-drama series The Love Boat, and the short-lived UPN sequel series The Love Boat: The Next Wave airing from 1998 to 1999. The reality show featured singles who were going on a cruise headed toward a destination where they can mingle, do challenges, and of course make out with each other though ironically, there was little of that in the four episodes that’s aired thus far. The format was confusing, with new players being added at will competing for a cash prize and yet another cruise (after sailing around endlessly on a boat for a month, another cruise doesn’t sound too appealing.) The program is hosted by real-life married couple Rebecca Romjin and Jerry O’ Connell, who is the host of the syndicated freshman game show Pictionary.

Making this even more confusing, the show had crew members, the captain, and the cruise director “play pivotal roles in the matchmaking and navigation of the romantic (and sometimes turbulent) waters ahead.” Can you picture Gavin MacLeod and Lauren Tewes even doing this?

According to Nielsen, Love Boat averaged only a 0.3 rating in the 18-49 adult demo and 2.1 million viewers (including delayed viewing) placing it nearly last among all reality programs on broadcast network television and basically perished opposite NBC’s Chicago Fire and ABC’s Abbott Elementary and significantly dropping from its Survivor lead-in.

While you can say this is the latest broadcast series to move to streaming, in this manner it means the series is being burned off. Given the expense of producing a series of this caliver, it’s unlikely a second season is on deck.

This isn’t the first time a scripted TV show had turned into a reality competition series – TBS did this in 2004 with The Real Gilligan’s Island, based on the campy 1960s sitcom. And the last reality series featured prominently on a cruise ship was Sony’s 2001-03 syndicated strip Shipmates. Neither were successful.

Starting Wednesday, CBS is moving up The Amazing Race an hour earlier to replace Love Boat while the last hour being filled with crime drama reruns. Bon Voyage, Love Boat. 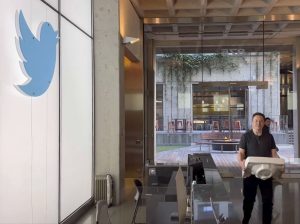 Brash billionaire Elon Musk decided to buy Twitter after all at the agreed $54.20 stock price and was made official Thursday as he took charge, he promptly fired four top executives at the company and Saturday, fired the entire senior staff.

On Thursday, Musk installed himself as Chief Twit (ha ha) and brought a sink into Twitter’s San Francisco’s headquarters, symbolizing he’s the head honcho at the social media platform, saying “let that sink in”. Get it? (you didn’t.)

The purchase is already being branded as a disaster, but it has ways to go to match Sam Zell’s horrendous purchase of the Tribune Co. in 2007, leading to its demise. Back in April, I wrote about how Twitter’s purchase by Musk eerily mirrors Zell’s purchase of Tribune fifteen years ago as the company filed for Chapter 11 bankruptcy a year after he bought it.

Musk also wrote an open letter to advertisers noting the platform can’t be an free-for-all hellscape. But several Madison Avenue companies are already skeptical – nothing like your ad appearing alongside with racist messages or video of the latest Dan Ryan Expressway shooting as your customers doomscroll. It’s little wonder blue-chip companies like KraftHeinz, Disney, and Verizon have reduced their spending on the platform over the last year, while GM has paused advertising on Twitter for the time being. There was talk Musk would abandon advertising all together, but it brings in the largest yearly revenue to the company by far.

So what’s the Vegas lines on Twitter filing for bankruptcy a year from now? While many tech experts are more than willing to give him the benefit of the doubt, history has shown us hostile takeovers are not necessarily the best thing to happen to a media company. Just ask the thousands of people who used to work at the Tribune Tower, and Twitter is likely to meet the same fate.