What’s next for WGN-TV sports? 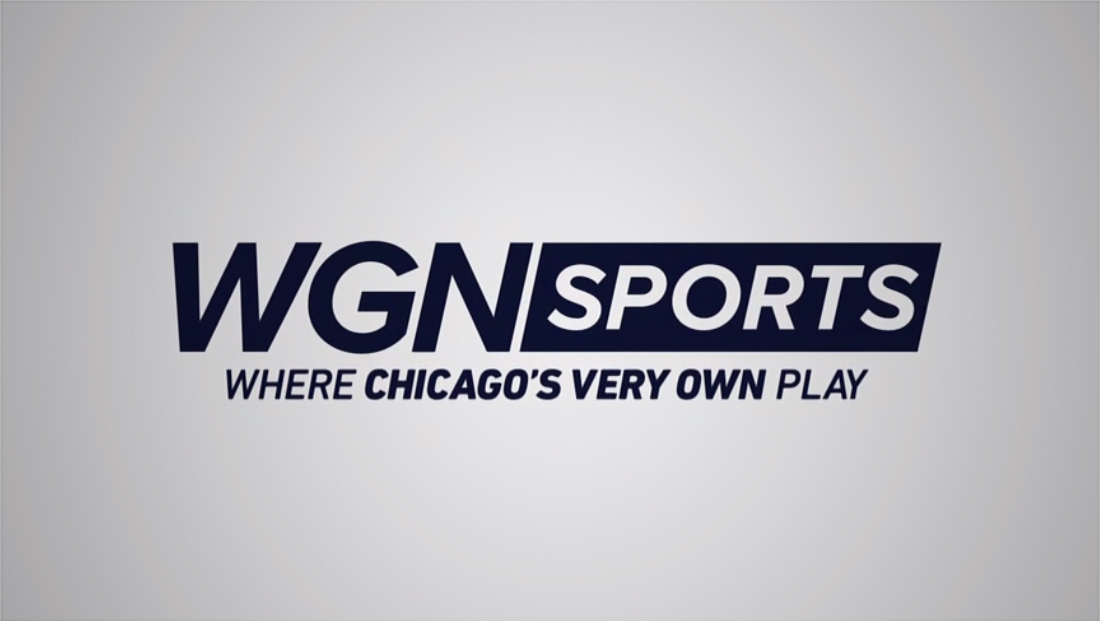 Sun-Times article talks about a future without sports on WGN as station, teams head into transition

In 2016, WGN-TV decided to cut their ties to The CW and become an independent station once again, going all in on sports featuring the Cubs, White Sox, Bulls and Blackhawks.

Come October 2019, WGN might not have any sports on its schedule at all.

That’s the situation the station is facing amid changing market conditions as the Cubs are launching their own network while NBC Sports Chicago struck a deal to keep their sports teams on the channel.

On Friday, the Chicago Sun-Times ran an article on what future WGN Sports has with the likelihood of losing all four Chicago teams’ rights currently on the station. The article points out WGN has aired pro sporting events every year since its inception in 1948, and still airs a large number of games to this day than most local stations around the country do combined.

The Cubs announced a few weeks ago what everyone’s speculated for years: the team is launching their own network called Marquee Sports though despite consumers “cord-cutting”, or getting rid of cable. The announcement came days before NBC Sports Chicago re-upped three teams on their channel: the Chicago White Sox, Chicago Bulls, and Chicago Blackhawks. But the restructuring of the deal means they plan to air games exclusively on cable without an over-the-air TV outlet. Separately, the MLS’ Chicago Fire took their games off of linear TV altogether by shifting them to ESPN Plus.

To show you how much sports media has changed, it wasn’t too long ago the Blackhawks struck a deal with WGN to carry broadcast games for the first time since 1980 – this came as the team, for decades blacked out home games on local TV until 2008, was left with only road games on Comcast Sports Net and its predecessors, with the move meant to increase the reach of the team in the Chicago area after years of being dormant. Since, the organization has had tremendous success, winning three Stanley Cups. 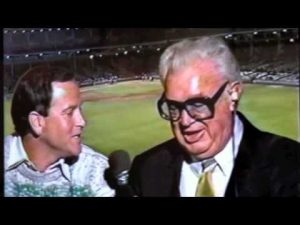 From the golden era: of WGN Sports: Steve Stone (l.) and Haray Caray from a Phillies-Cubs night game from 1988. (WGN/You Tube)

The reason this is occurring is simple: teams earn more revenue airing games over basic cable than broadcast. The Sun-Times noted Tribune Media’s WPIX pays $300,000 to $600,000 each for airing Yankees games from YES and Mets games from SNY (which is different in structure and not related to Comcast’s other RSNs.) Before going independent, WGN bought airtime on WCIU (and later Fox-owned WPWR) to air White Sox and Bulls games.

At one time, most MLB, NBA, and NHL teams had a local over-the-air partner. But their presence gradually diminished after The WB and UPN (since merged to become The CW) came on the scene, taking away viable prime-time slots on what was once independent stations. The major networks then started cracking down on network pre-emptions, forcing local sports off affiliates. When WGN was a WB and CW affiliate, both demanded the station reduce its coverage of sporting events in prime-time in order not to pre-empt shows.

So what’s next for WGN?

A lot depends on what direction soon-to-be owner Nexstar Media wants to take the station as the Irving, Tex.-based company is buying WGN parent Tribune Media for $4.1 billion. This came of course, after a Tribune deal with Sinclair fell through last year. Ironically, Sinclair wound up as partner with the Cubs on Marquee.

For one, WGN could strike a deal with at least the Cubs to broadcast some games, but it isn’t likely. The Ricketts family wants to use “exclusivity” as leverage to gain better deals from cable and satellite carriers – something that hasn’t worked out so well for the Dodgers’ SportsNet LA.

Despite the potential loss of sporting events, WGN is still in good shape thanks to their strong news operation. During the recent February sweeps period, WGN’s morning newscast finished first overall and in the 25-54 key adult news demo. WGN also reigns supreme at 9 p.m. and is competitive with other Chicago stations during local news time periods (not to mention they have the Man Of The People guy.)

Possible other scenarios include news expansion into prime-time or even returning to The CW, as the network’s contract with Fox’s WPWR reportedly ends in September 2021. Also a My Network TV affiliate (yes, they’re still around), WPWR is the only CW station in Fox’s portfolio. Plus, WGN was one of The CW’s (and beforehand, The WB’s) highest-rated affiliates.