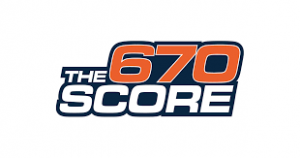 Dan McNeil returns; Jason Goff , Matt Speigel on the outside looking in

As first tipped by Robert Feder on Tuesday, WSCR is bringing back Dan McNeil to the station in afternoons, pairing him with Dan Perkins from 1 to 6 p.m. The new show pushes Dan Bernstein – who was famously paired with now-retired  Terry Boers in the daypart, to middays with new partner Connor McKnight, from 9 to 1 p.m. Knight was previously sports anchor at WLS-AM and also handled pre-game and post-game duties with the White Sox.

McNeil spent fifteen months co-hosting a morning show with Pete McMurray in 2015 and 2016 at classic rock WDRV-FM (The Drive) before he left the station. McNeil has had two earlier tour of duties at WSCR.

The station’s Mike Mulligan and Brian Hanley remain in their 5 to 9 a.m. morning slot. Laurence Holmes gets the 6 to 10 p.m. shift; Les Grobstein continues to do overnights. The schedule change takes effect immediately.

The moves leaves both Matt Speigel and Jason Goff without slots, but both remain under contract and are expected to do weekend/fill-in work.

Even though the Chicago Cubs give WSCR a huge boost during the spring and summer months, the station is looking to shore up weak spots on the schedule. One of those happens to be the late afternoon shift with Goff and Bernstein, whose ratings took a nosedive after Boers left. An item in Feder’s column Tuesday noted the show finished tied for nineteenth overall in the afternoon daypart.

Reaction to Goff’s demotion was mixed. While some listeners criticized the decision to bench Goff, others were happy with the change as some accuse Goff of forcing political issues into the show, notably race (Goff is African-American) – something a lot of listeners didn’t appreciate (yours truly never found time to listen to said show, so I can’t really comment.) Others found him arrogant and quite unlikable.

As ESPN’s failed SC6 experiment illustrated with African-American anchors Michael Smith and Jemele Hill – the latter suspended for critical comments against President Trump, there seems to be a growing backlash against mixing political commentary and sports – particularly on a station whose audience is majority white. But give all three credit for trying something different in a business where racial diversity is nearly non-existent, whether if it is in Hollywood or in Chicago media. It was a risky move in one of the country’s most racially segregated media markets.  Unfortunately, ratings talk, money walks, and a change had to be made.