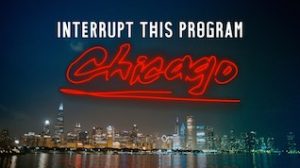 Chicago’s violence epidemic is once again on the international stage – this time in Canada. Public broadcaster CBC recently aired an Chicago installment of Interrupt This Program, a series about “underground art scenes in cities under pressure and cities recovering from major traumas: war, political unrest, natural disasters or economic meltdowns.”

In its third season, Chicago is the first U.S. city Interrupt visited.

The episode airing on November 3 featured Chicago’s art scene and its response to the city’s ills – gun violence, segregation, and income inequalities plaguing our area. So why Chicago? Director Karen Cho noted: “Since 2003, there have been more American lives lost to gun bullets [in Chicago] than there have been in the Afghan and Iraq wars combined.” And artist Malcolm London said: “Chicago to me is the perfect representation of America because of the blatant hypocrisy that it holds. Downtown, we have an extreme amount of wealth, and 10 miles in any direction you have young people being buried before they turn 13 years old.” The program cited Donald Trump’s election as a tipping point, and said Chicago fits the narrative perfectly – and protests about him and the murder of LaQuan McDonald by police were a focal point of the show.

As a lot of you know, Trump and right-wing conservatives typically single out and bash Chicago for its gun violence problem and other urban ills, and use the city as a code word for black people, despite the city ranking fourth in the country in total African-American TV homes (and falling.)

This episode also features artists from various parts of Chicago: the dance group (known as the ERA Footwork Dance Crew) walking around their declining Greater Grand Crossing neighborhood (around 75th/King Drive) and speak about how their craft helps them channel their energy; an artist from Pilsen who talks about segregation (and notes the “viaduct”) separating her mostly Latino neighborhood from the predominately black area of the former ABLA homes area (you can view her segment here); and tagging along with London to a Young Chicago Author’s meeting, a place where writers and poets express their ideas.

The Chicago edition of Interrupt achieved in a single half-hour what CNN’s Chicagoland couldn’t do in eight hours – tell the stories of artists on how they feel living in Chicago and in America through their eyes and through their craft. And unlike the so-called Rahm Emanuel infomercial, it featured people from all over the city from the South Side to the Lower West Side to Devon Avenue. It’s too bad American media relies on over-dramatic editing and racial stereotyping to tell similar “documentary stories” regarding urban issues. 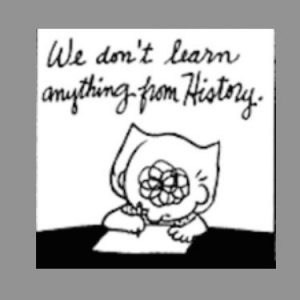 It’s Back to the future for two Chicago radio clusters: Two longtime management figures in Chicago radio have gotten new jobs in…Chicago radio. As Robert Feder reported recently, Jimmy DeCastro became the new senior vice president and market manager of Entercom’s new cluster in Chicago when it takes over on November 17 from CBS. Decastro was previously president/GM of WGN-AM (itself undergoing an owner change from Tribune to Sinclair) and of course, was the brilliant mastermind behind WLUP-AM/FM’s success in the 1980s and 1990s. Meanwhile, Marv Nyren was recently named GM of Cumulus’ four-station cluster, including recently-acquired WLUP and WKQX-FM. Nyren was boss at the original “Q101” when it and WLUP were owned by Emmis. Nyren was previously at Chicago Public Media.

While you can’t fault these conglomerates for getting the best people – and yes DeCastro has a terrific track record, the hires are a total disappointment given both companies had an opportunity to tap into some fresh faces, bringing new ideas to Chicago radio. Instead, it’s the same people dipping into the same well once again, particularly in a media business (radio, TV, tech, Hollywood, etc.) still lacking lots of diversity. Some things in Chicago radio never change, and it shows on-air.

So long and thanks for the um, crabs: As first reported by Variety, Lionsgate pulled the plug on its barely viewed Comic-Con HQ subscription video on-demand service, leaving the remaining principals to close the channel and relaunch it on Amazon and Roku’s Internet channels – for $4.99 a month (and yes, you have to pay the fee even if you are a Prime customer.) Judging by the reviews on Amazon, the channel isn’t being received well.

The Comic-Con HQ app has been pulled from Apple and Google’s app stores, and those who had the app (such as yours truly) found it no longer worked.

Launched just eighteen months ago, Comic-Con HQ promised to bring the “best of San Diego Comic-Con” through a 24/7 SVOD service with panels, live programming and theatricals in the science fiction genre. But the service never really took off with consumers, forcing the channel made cutbacks. For example, while Comic-Con HQ provided live streaming from the convention floor at 2016’s gathering in San Diego, there was no such effort this year. The channel also canceled all of its original programming.

Meanwhile its selection of product was disappointing (ALF? Really?) Also notable was the lack of Comic-Con panels on the service, which are plentiful on YouTube.

One of the few hits on the service – Con Man – was snapped up by SyFy earlier this year. 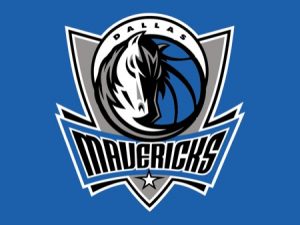 Given the awful start (and expected awful season) the Chicago Bulls got off to so far this NBA season, at least their television ratings won’t reach the horrendous depths the Dallas Mavericks reached recently. According to the Dallas Morning News, a November 4th game against the Minnesota Timberwolves drew a lowly 0.1 Nielsen household rating for FSN Southwest, perhaps the lowest rating ever for a Mavericks game in the market’s history – presumably even worst than the 1992-93 team, who won only eleven games. A game against the Washington Wizards the following Tuesday bounced back to a 1.0 rating.

Believe it or not, the Mavs have the worst record in the NBA this season as of this writing (2-12), with the Bulls right behind them as their rebuilding effort continues (nothing says ratings repellent than the word “rebuild” – ask the White Sox.) Ratings for this season’s Bulls games weren’t available, but if anyone were to make a guess, the season average isn’t probably no better than the Mavericks game on November 7th.

At least there’s some good news for Bulls fans this week: the NBA All-Star Game was awarded to Chicago in 2020 for the first time in 32 years.