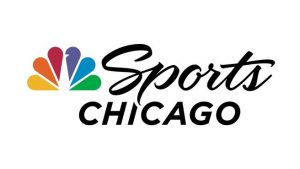 In a move not unexpected, NBC Sports Group announced Wednesday it was rebranding all of its regional sports networks (RSN) under the NBC Sports umbrella.

Two “The Comcast Network” channels are also being converted into regional sports networks as NBC Philadelphia + (plus) and NBC Washington + (plus).

“We’re excited to complete the brand evolution of our remaining RSNs, which will now include the iconic NBC Sports name on all of our networks,” said NBC Sports Regional Networks division president David Preschlack. “This development is a reaffirmation of our continued commitment to provide the best, most compelling local sports coverage to our fans across the country.”

CSN Chicago launched in 2004 as a joint venture between the Chicago Cubs, Chicago White Sox, Chicago Bulls, and Chicago Blackhawks. There is speculation the Cubs may leave the consortium in 2020 to launch their own regional sports network. Comcast merged with NBCUniversal in 2010, with NBC Sports taking over operations of Comcast’s RSNs in 2012.

Notable is a few NBC regional sports networks are located in the same market NBC owns local over-the-air stations, including Chicago, Philadelphia, San Francisco, Washington D.C., and Boston. However, synergies between the RSNs and the local stations are minimal and it is not known if they would be increased due to the rebranding.

Recently, CSN Chicago revamped its programming, cancelling some shows while adding others, including In The Loop and CSN Fastbreak.

News of the rebranding was first reported by Phil Rosenthal of the Chicago Tribune.