World Series rolls on with the Cubs 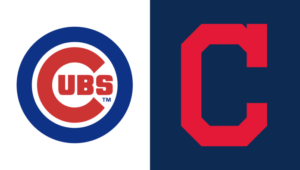 As expected, the Chicago Cubs’ appearance in the World Series gave a lift to Fox and drew throngs of viewers to Fox-owned WFLD-TV.

According to Nielsen, game two of the Cubs-Indians series drew a local 35.4 live-plus-same day household rating, up from the 34.1 drew the night before. From 10 to 10:15 p.m., the game peaked at 40.4 , opposite local newscasts on other stations.

Compared to the Chicago white Sox’s 2005 World Series appearance against the Houston Astros, Game 1 (on a Saturday) drew a 33.5 rating, while Game 2 (on a Sunday) drew a 39.5. Keep in mind comparing these ratings aren’t really feasible, given 2005 was a completely different time in television lore, before streaming services and other viewing options splintered the audience.

Also keep in mind the Chicago market has fewer households and population now than it did in 2005, and the dollar is weaker (when it comes to ad sales.)

One thing the Cubs did do here was outdraw the Bears: the first two games of the World Series (and several NLCS games) outdrew all six regular-season games this season of The Lakefront’s hapless NFL Team. And for the NFL (whose dealt with declining ratings this season), it won’t get any easier this Sunday as NBC’s Sunday Night Football has to face Game 5 of the World Series: wasn’t a concern in the past, but with a highly-rated World Series, circumstances indeed are different.

Nationally, the first game of the World Series drew 19.4 million viewers, the most since the 2009 World Series between the New York Yankees and the Philadelphia Phillies. In the 18-49 demo, the game drew 5.4 rating, up a full ratings point from last year’s game one between the Kansas City Royals and the new York Mets. The second game drew 17.4 million (due to the earlier start time) and a 4.9 in the 18-49 demo.

Network programming airing opposite the World Series actually held up well, meaning the game drew viewers who wither generally watch cable, other programming, or nothing in all in primetime. On Tuesday, NCIS and The Voice didn’t lose much audience opposite the series, and This Is Us continued its awesome performance. Wednesday night found regularly-scheduled series Survivor and Modern Family perform at their average levels.