Posted on June 5, 2015 by Terence Comments Off on Viewers come out for first Blackhawks-Lightning Stanley Cup Game 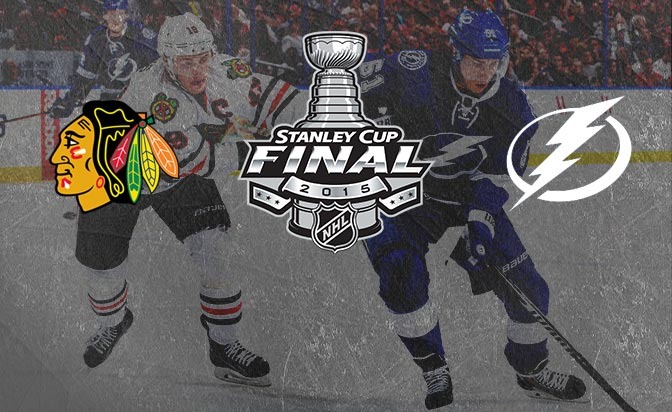 After a lackluster start, the Chicago Blackhawks found a way to win the first game of the Stanley Cup Final and viewers were along for the ride.

According to final numbers from Nielsen, game one of the series between the Blackhawks and the Tampa Bay Lightning scored the highest rating of any non-overtime matchup in eighteen years – drawing 5.5 million viewers, up 16 percent from last year’s game one (L.A. Kings vs. N.Y. Rangers) and was the most watched non-OT game one Stanley Cup Final ever for NBC.

Thanks to third-period goals by Teuvo Teravainen and Antoine Vermette, The Blackhawks beat the Lightning 2-1 to take an 1-0 lead in the series.

Though NBC finished second to CBS in total viewers, it beat the network in all key adult demos – including a 1.8 adult 18-49 rating.

In Chicago, NBC-owned WMAQ scored big time – averaging a 28.0 live-plus-same day rating for the entire evening, easily surpassing game one ratings in 2010 and 2013 when the Blackhawks were in the Stanley Cup Final. Viewership peaked around 9:30 p.m. when the two Blackhawks goals were scored.

In fact, the Blackhawks even beat out several Chicago Bears regular-season games for 2014. Wednesday night’s 28 rating outdrew Bears games against Miami (26.9), New England (26.6), and two prime-time contests against Green Bay (26.3) and Dallas (26.2). Mind you, the Bears were blown out in each of these games.

Meanwhile, Tampa-St. Petersburg weighed in with a 17.9 rating for Media General-owned WFLA-TV. It was the highest rating for a Lightning game this season.

Game two of the Stanley Cup Final is Saturday Night at 6:15 p.m. Central Time, right after the Belmont Stakes, where American Pharoah – winner of the Kentucky Derby and the Preakness, is trying to become the first Triple Crown winner since 1978.